Home Uncategorized A Chat with Brooke Boynton Hughes (and a Book Giveaway!)

A Chat with Brooke Boynton Hughes (and a Book Giveaway!) 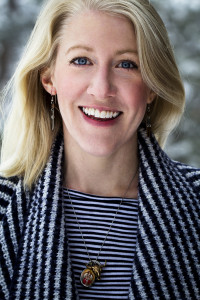 Three years ago, when Random House editor Maria Modugno was considering illustrators for my manuscript Henry Wants More!, she shared a sample of Brooke Boynton Hughes’s work.  Well, I was smitten. And I’m hardly alone in my admiration. Brooke has won SCBWI’s Mentorship Award and two Portfolio Honor Awards in recent years, and has had a steady stream of projects since. She’s the illustrator of Kate Hannigan’s Cupcake Cousins series, and Angela DiTerlizzi’s Baby Love, and has several more books in the works. I’m betting she’ll continue to be very busy in the years ahead.

Before we chat with Brooke, here’s a quick synopsis of the book: Like many toddlers, Henry’s two favorite words are “More!” and “Again!” Exhausting, right?  But he’s so adorable, Mom can’t resist going back for “More!” once the day is over and Henry’s  tucked in tight. (Click to enlarge images.) 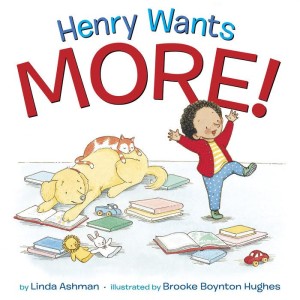 I’m happy to say that Henry has gotten starred reviews from Booklist and School Library Journal, which called it “A wonderful illustration of the exhaustion and joy that is life with a toddler.” 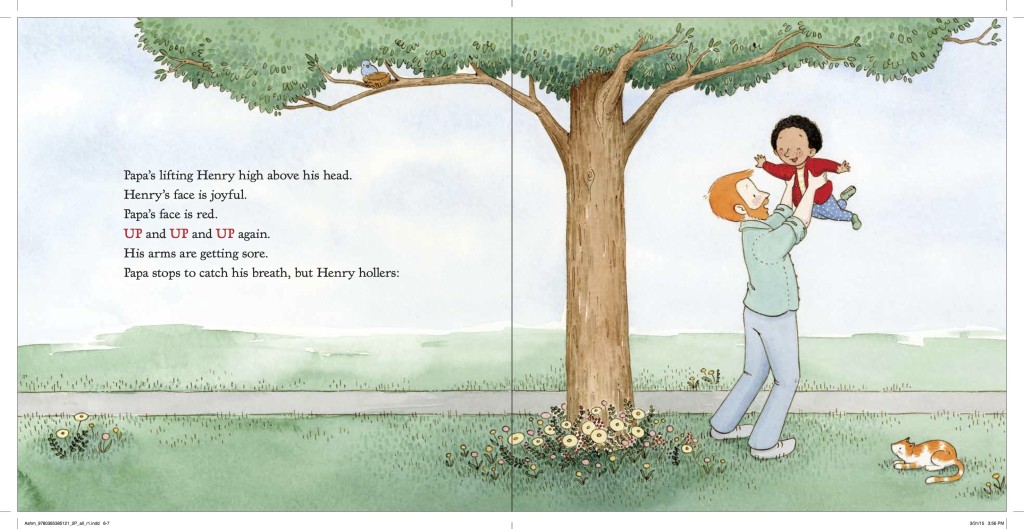 We’ll be giving away a copy of the book—details (and other important announcements) at the end. But, first, here’s Brooke!

Can you walk us through your process—in general and for Henry in particular?

Sometimes I start a project with the characters and sometimes I start with a rough thumbnail layout. With this book I did a few rough sketches of Henry and then decided to dive into the layout, before I had a clear sense of what each of the characters would look like. In this case, I think having a better sense of the visual narrative helped me to figure out each character (sometimes it’s the other way around). I usually do at least a few different versions of a layout before sending the one I like to the editor/art director. Then I receive notes from the editor or art director, I make revisions based on those notes, and we go from there. It’s a very collaborative process, which I love. 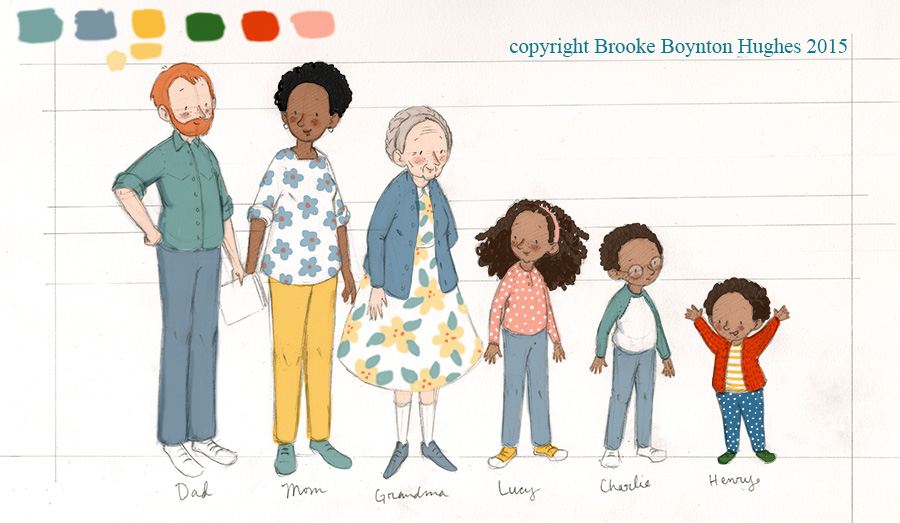 As you know, I’m very fond of the cutaway spread. Can you tell us how that came about?

I’m so glad you like the cutaway spread! It was one of my favorites to draw. My first sketch of those pages was a series of spot illustrations showing Henry interacting with each of his family members. 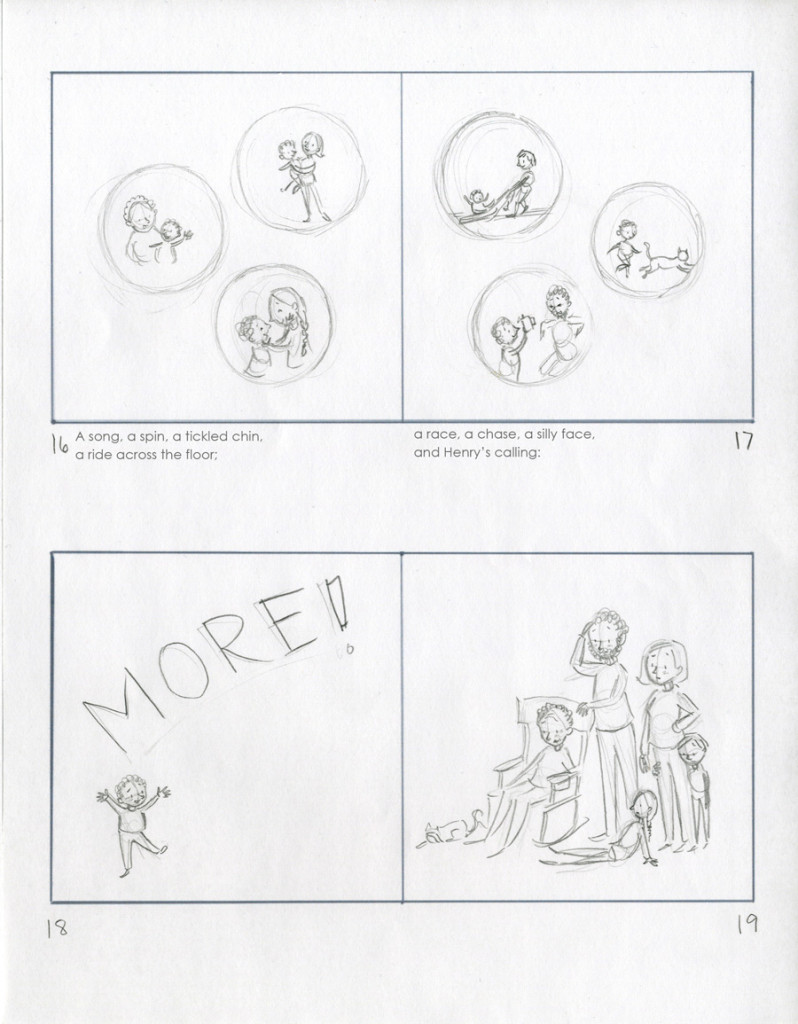 After seeing the initial drawings, Maria Modugno suggested the idea of showing a cutaway view of the house with each of the interactions happening throughout, which I thought was such a wonderful idea. As a kid, I LOVED illustrations that featured cutaway views of houses and I was so excited to have the chance to do one. 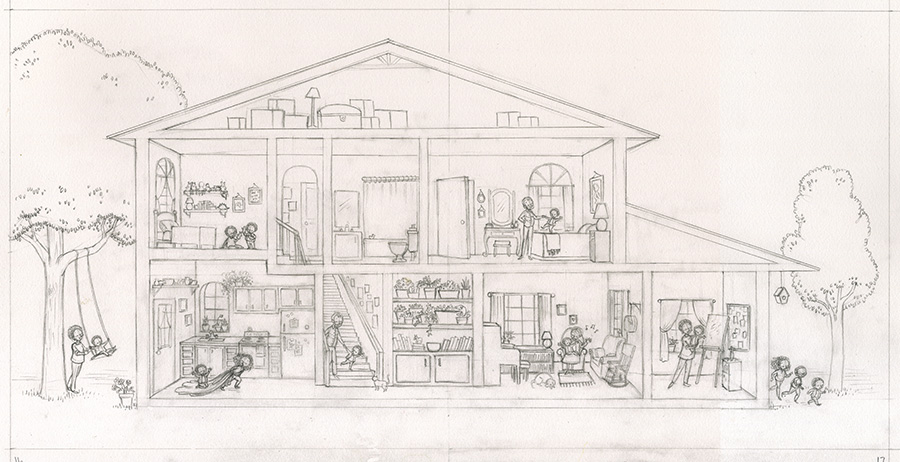 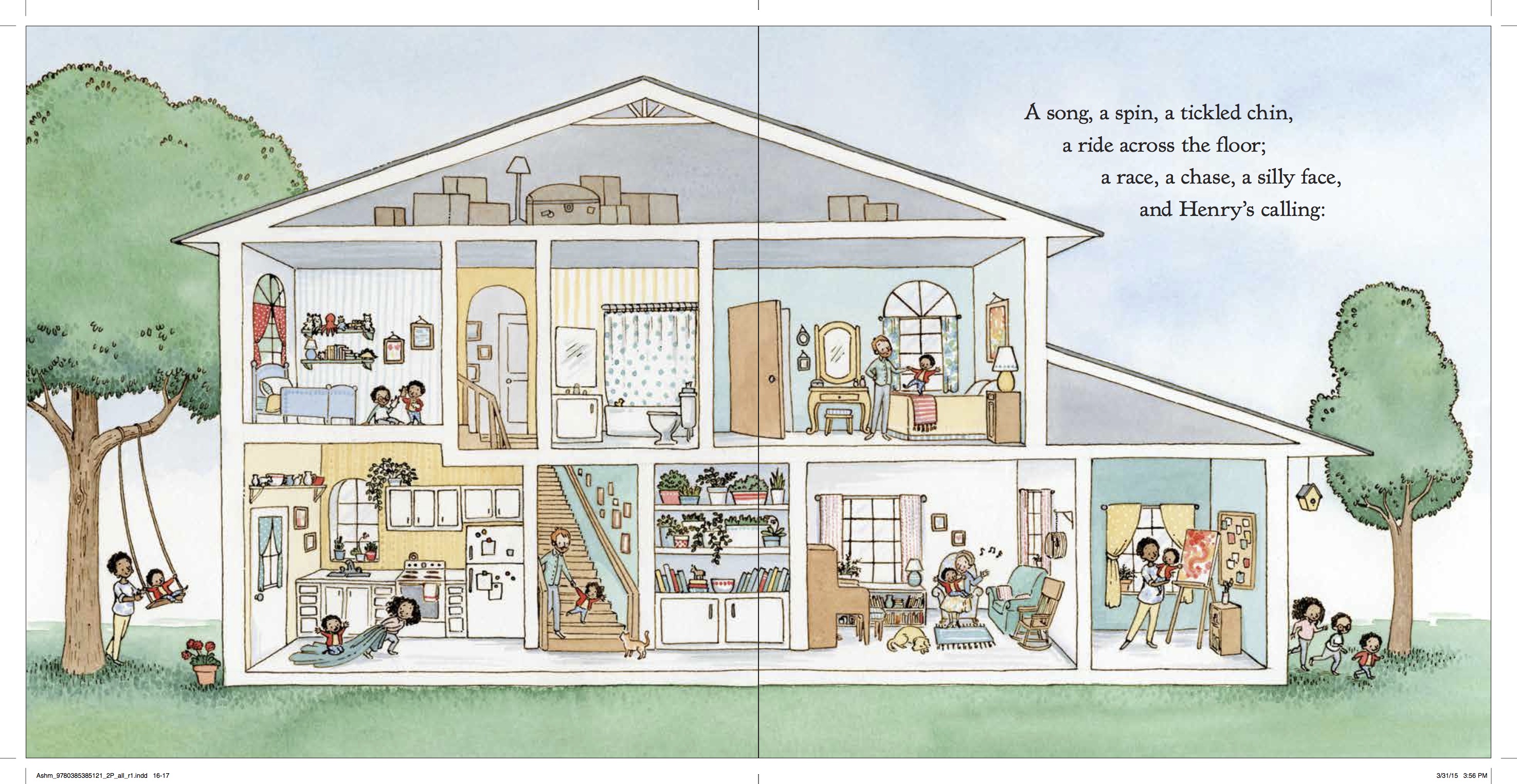 How did you choose what to include in the rooms? (I love that Mom has a painting studio.)

I based the rooms and details I included in the house on who I imagined Henry’s family to be, and I suppose I also included things that I would like to have in my own house, like lots of plants and an art studio. Also, Maria and the art director, Nicole De Las Heras, made sure I included a bathroom, to help it feel like an actual, functional, home.

Was there anything especially challenging about illustrating this book?

I think one of the most challenging aspects of working on this book didn’t have anything to do with the project itself, but with the fact that while I was working on Henry my husband and I were in the midst of moving out of our house and into an RV. Between the time that we rented out our house and had the RV ready to live in full time, we lived with my parents for a few weeks and then with my in-laws for about a month. I did most of the drawings for Henry either sitting on the couch in my parents’ family room or sitting at my in-laws dining table. It was difficult not having a dedicated workspace during that time. 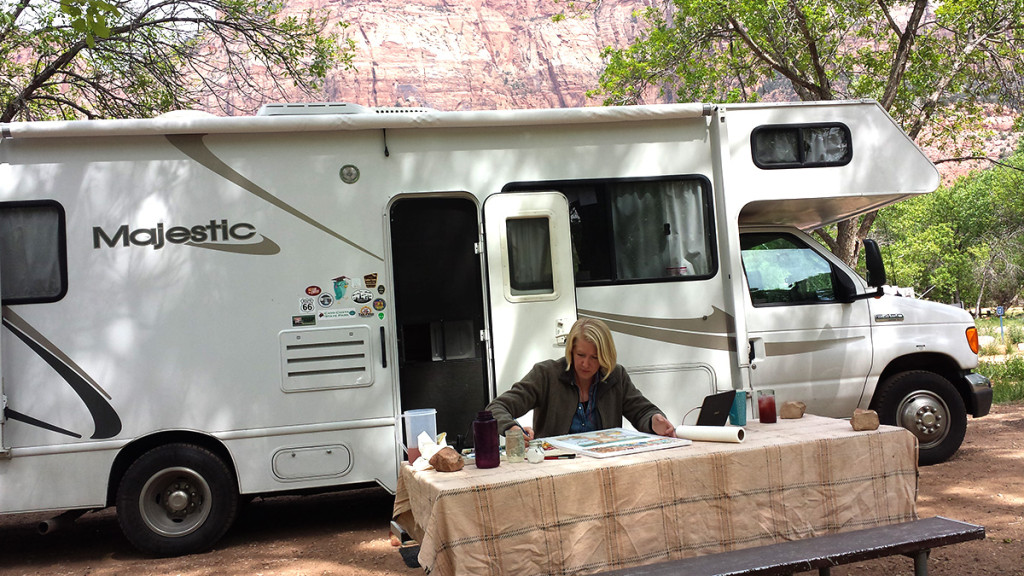 I painted Henry while we were on the road, living in our RV. Traveling around the country for a year was wonderful in a lot of ways, but the logistics of working at a tiny desk, not always having electricity or the internet, and figuring out how to store big sheets of watercolor paper and finished illustrations was definitely a challenge. 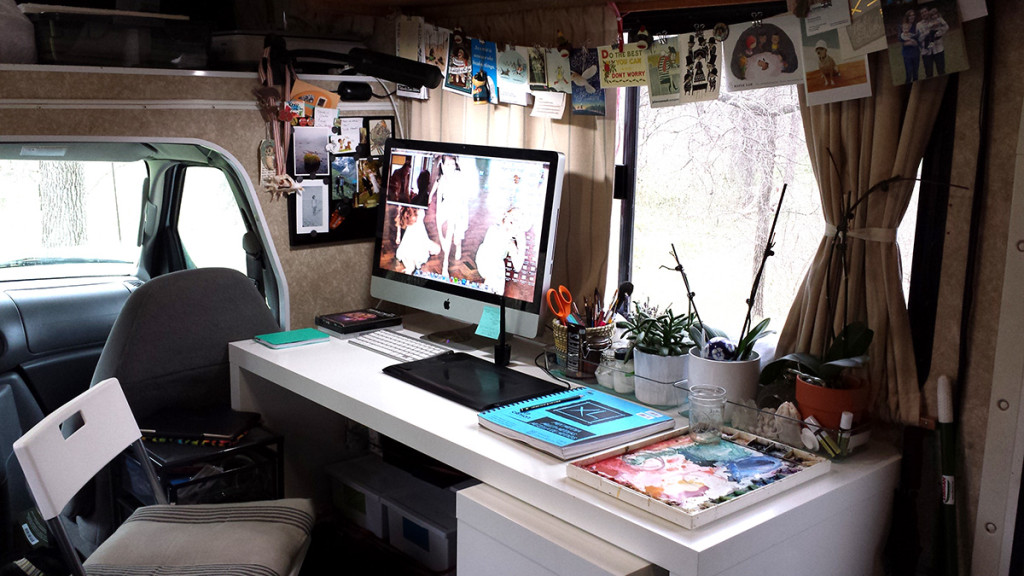 Are there particular illustrators who you’ve studied in developing your style?

The books and illustrators that I loved as a kid have played a huge role in how I create illustrations as an adult. Some of the most influential were Gyo Fujikawa, Irene Haas, Hilary Knight, Tomie DePaola, Richard Scarry, and Maurice Sendak. Now, when I look through Come Follow Me, by Gyo Fujikawa, I remember just how it felt to be 5 years old, laying on my bedroom floor, and totally lost in the magic of those beautiful illustrations. That feeling is something that I think about a lot when I’m drawing and painting.

These days I’m a huge fan of Carson Ellis, Isabelle Arsenault, Marla Frazee, and Holly Hobbie and am endlessly inspired by their work. I’m also a big fan of my friend Corinna Luyken’s work and can’t wait for her first book, The Book of Mistakes, to come out next year.

One last question: My friend’s daughter, Phoebe, is quite taken with the garden gnome in the shrubs—a little detail I hadn’t noticed until she pointed it out. Is there a story behind it?

I’m so glad Phoebe found the tiny gnome! I did the drawing for that spread while I was at my parents’ house. My parents have a fairy/gnome garden in their back yard and the topic of said garden comes up surprisingly often in the Boynton household. I don’t quite remember how the conversation went, but I was trying to decide what details to include in front of Henry’s house and I think it was my mom that suggested I add a garden gnome. It’s sort of a little shout-out to my parents. 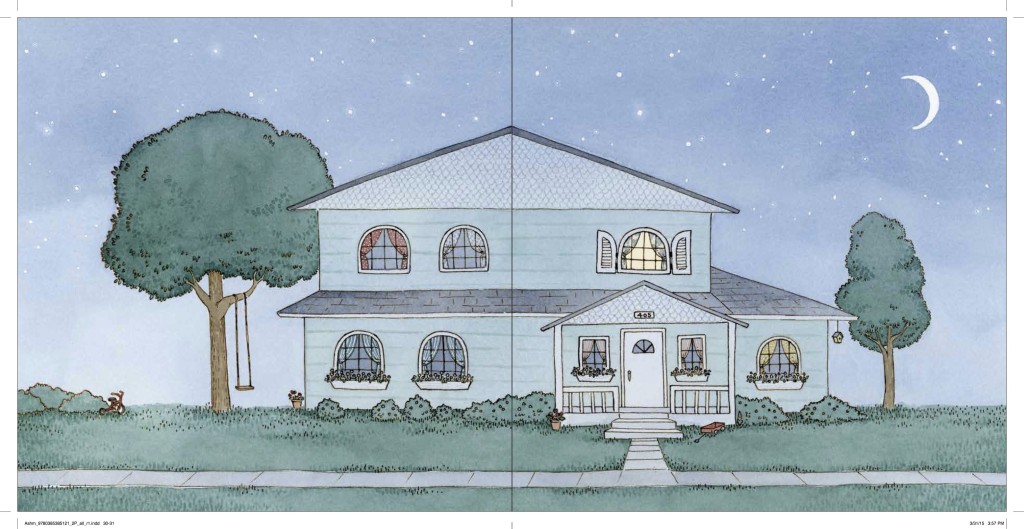 Can you find the garden gnome? (Hint: look to the right of the red wagon.)

Thank you so much for visiting, Brooke! For more about Brooke, visit her website and read Julie Danielson’s terrific interview at Seven Impossible Things Before Breakfast.

AND NOW, SOME QUICK ANNOUNCEMENTS . . .

Thanks for hanging in to the end, y’all!