Home Uncategorized Before I Leave

My absolute, by far, unquestionably favorite book of last year was the gorgeous and moving BOATS FOR PAPA by Jessixa Bagley. 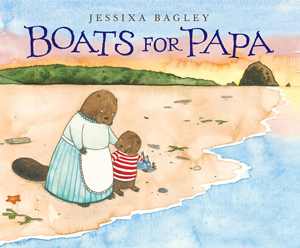 It touched me. It moved me. It made me question, laughingly, why I think I could/should even be in this business. It had a lot of Caldecott buzz, deservedly. If you have not had the opportunity to fall into this book—because you will fall into it—get thee to your local independent and take it in now! And bring kleenex. And money, because you are going to want to own this book.

Bagley’s sophomore effort, BEFORE I LEAVE, may not cause the same welling up that BOATS FOR PAPA caused, but it will still move you, and it never hurts to keep some tissues nearby, you know, just in case. 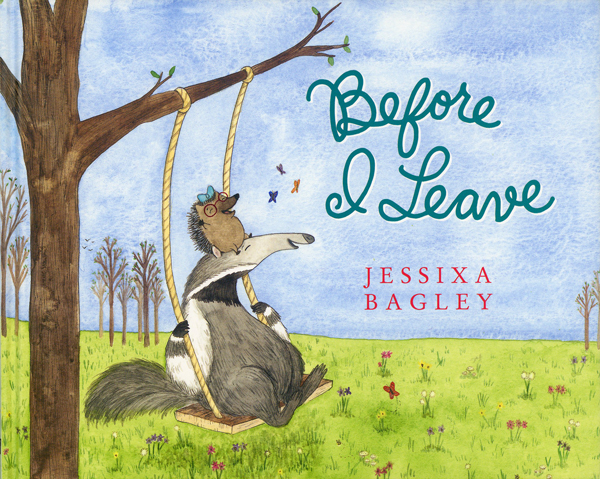 The title suggests loss of a kind we don’t want to think about. In fact, the original title was even more portending: I think it was called, WHEN I GO or WHEN I’M GONE or something along that line. (Jessixa told us at her local book launch but I didn’t write it down.) But it is not a story of loss. It is a story about two very good friends, a giant anteater, Aaron,  and a hedgehog, Zelda. 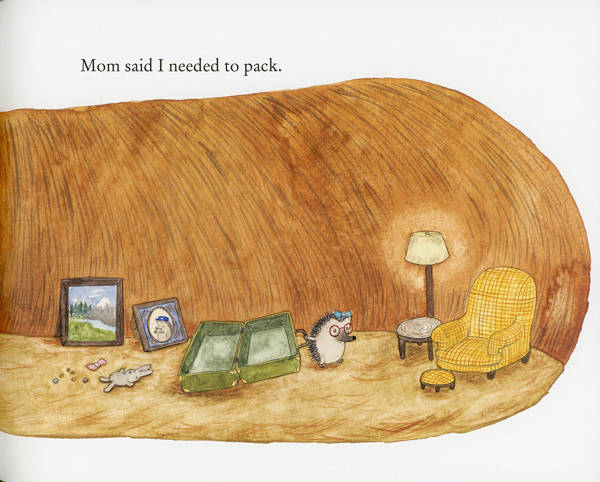 When Zelda finds out her family is moving away, and Aaron can’t come with her, she suggests they play until moving day. 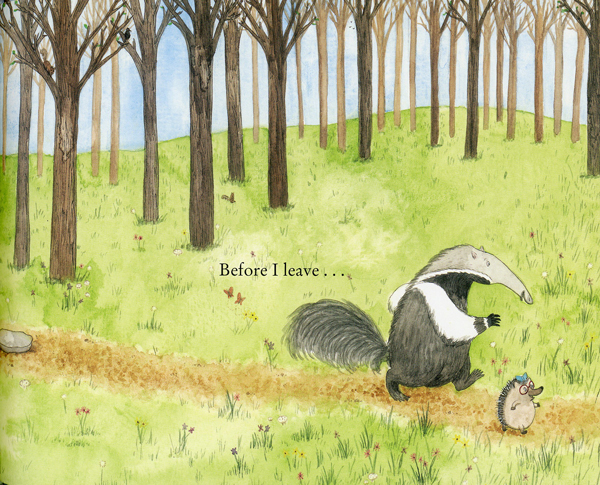 And they do. They are joyous despite their looming separation. 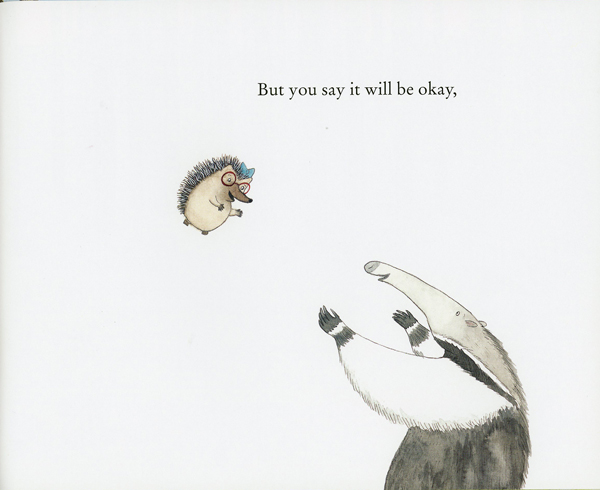 After she moves, Zelda is uncertain and sad. Until she unpacks and finds out just what a good friend Aaron is.

Bagley’s illustrations are beautiful. Using ink and watercolor, and switching between vignettes and full spreads, she creates a world that is tranquil and inviting. I want to be there.

And she creates two wonderfully endearing characters that you just want to squeeze. They are expressive and their fondness for each other is obvious.

As a bonus, the endpapers are a treat. The illustrations on the front endpapers of Aaron and Zelda playing at things are duplicated on the back endpapers as if drawn by one of the two friends. 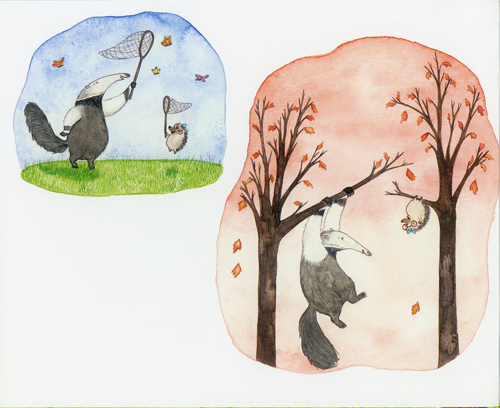 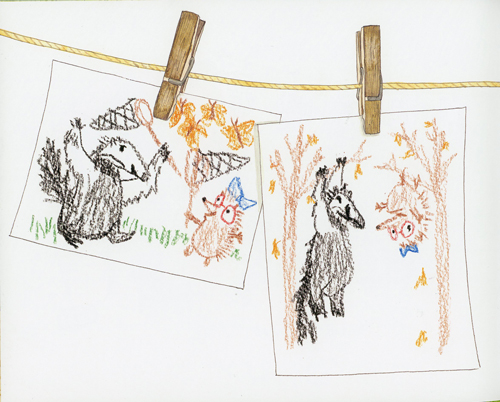 I still think the title may be a little misleading. But that may be just me. After reading the book, it is clear that the title is a precursor to to the suggestion of  unfettered frolicking while you can.

I’ve mentioned before that I am a complete sucker for books about good friends, and this one is smack dab on top of that pile.