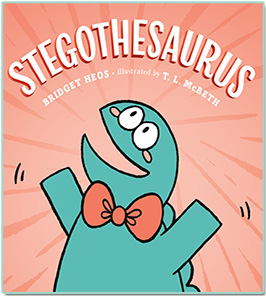 Oh, how I love finding a wonderful, terrific, amazing use of the rule of threes in a picture book, and Stegothesaurus, written by Bridget Heos and illustrated by T. L McBeth, is FULL of solid gold examples.

I’d like to point out THREE different ways that Heos uses the rule of threes in this book.

1. The book begins with three characters–a trio of dinosaur brothers. Two of the dinos look very much the same. The third is wearing a snazzy bow tie.

2. The book incorporates lists of three things. In this particular approach, two of those things follow a similar pattern, then the third thing breaks the pattern. Generally, the third thing is the funniest of the three. The book’s very first spread shows THREE examples of this:

Example 2 (list of the the responses from the three dinosaurs):

Example 3 (list of the words Stegothesaurus uses in place of “Hi”): 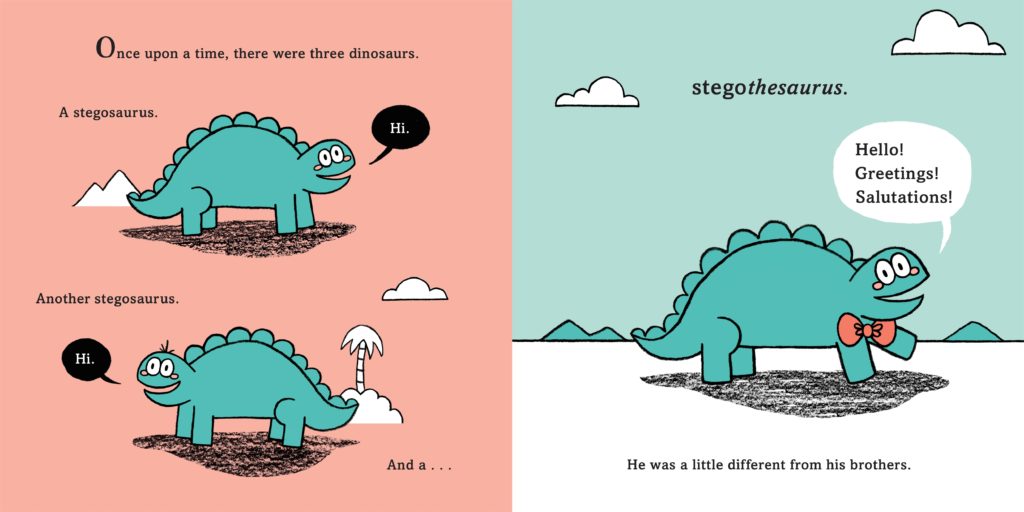 3. This book includes adjective synonyms and verb synonyms in groups of, you guessed it, THREE. Each time one of these groups of words is used, those synonyms often begin with the same consonant. Not only does this give us three things, but it also gives us a bit of alliteration which is pleasing to the ear. 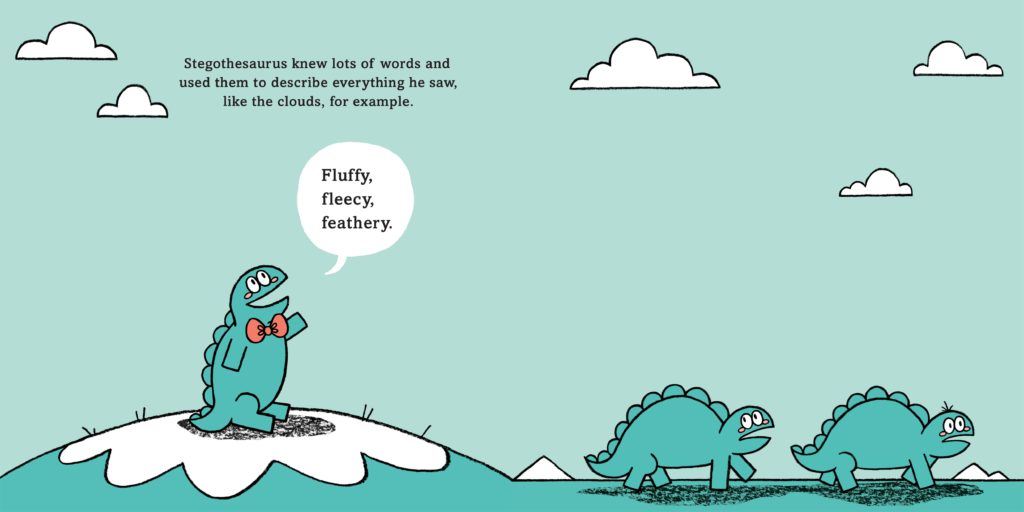 If you haven’t already decided to get this book, I have THREE more ways to entice you.

2. This book makes excellent use of my favorite punctuation–the ellipses.

3. This book is funny, amusing, hilarious!

WINNER:  Congratulations to Laura Renauld! She won a copy of Quiet Wyatt.