Now I have always loved spotting a well-placed barcode on the back of a picture book. Seeing a collection of that kind of awesomeness? What more could I want?!

I thought it would be fun to dig through some of my picture books and add a few extras to the mix.

The barcode is part of the loot piled in a wagon. 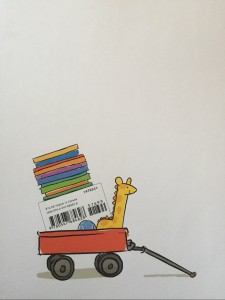 The barcode serves as part of the labeling on a sugar packet. 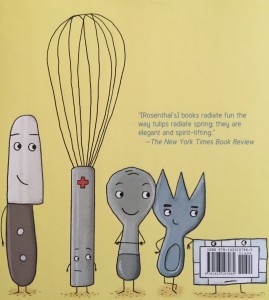 Oh No! (Or How My Science Project Destroyed the World) 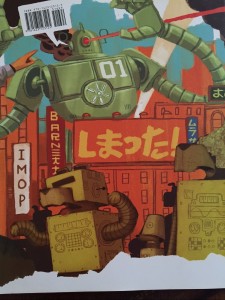 written and illustrated by Anna Walker

The barcode makes a lovely stand for a chicken.

Rabbit & Squirrel:  A Tale of War and Peas

The barcode looks like one of the labels in the garden. 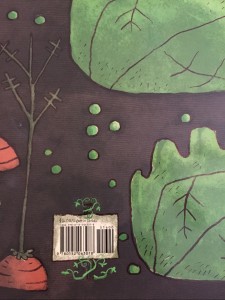 The barcode gives the little crab on the sea floor something important to do. 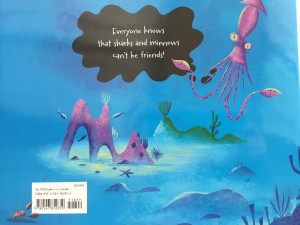 Do you have a favorite picture book barcode? If so, please share in the comments.