Home Uncategorized I’m not a nerd—no, really—but some of my best friends are.

I’m not a nerd—no, really—but some of my best friends are. 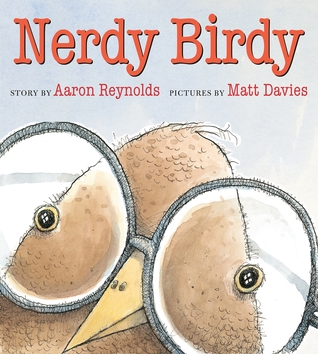 I’ve been a birder since I was 17 and took my first ornithology class. And although I don’t go birding nearly as often as I used to, I am still drawn to most anything to do with birds. So it was only natural to pick up a book called Nerdy Birdy by Aaron Reynolds and illustrated by Matt Davies. That and the cover art just sang to me.

Nerdy Birdy is, well, a nerd. he reads, plays video games and reads books about video games. He has small wings,  wears oversized glasses, and has allergies to things birds shouldn’t have allergies to. And naturally, he wants to hang with the cool birds—Eagle, Cardinal, and Robin. 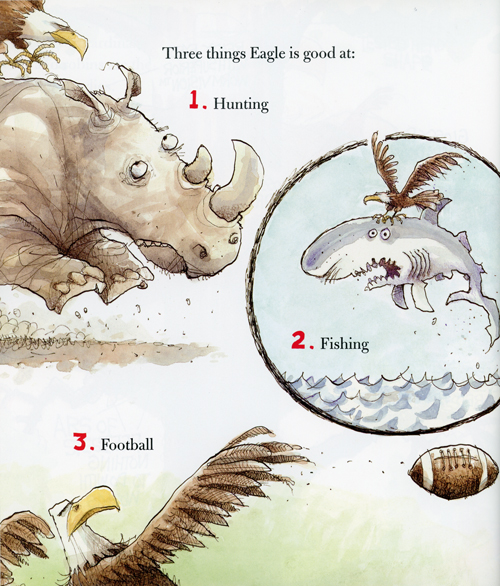 They roundly dismiss Nerdy when he tries to share with them. 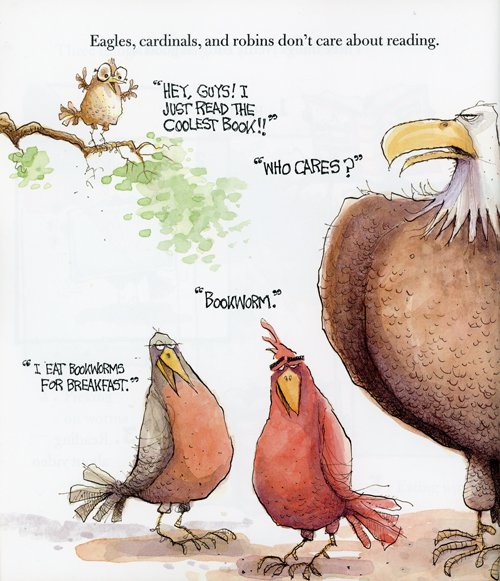 Left alone as Eagle, Cardinal, and Robin pursue their cool bird activities, Nerdy discovers that there is a group of birds that welcome him to their flock. They have glasses that are too big, wings that are too small, they like to read and play World of Wormcraft. They sport light sabers and goofy hats and shirts with geeky messages and Rubik’s cubes and bow ties. They are just like Nerdy! And it is so nice to be included and part of a group. Who cares about the cool birds when you are surrounded by birds that think YOU are cool. 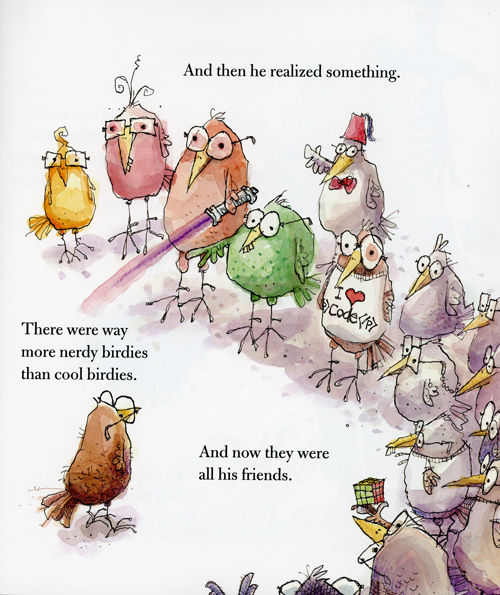 When a new bird moves into the neighborhood, the cool birds shun her just like they did Nerdy. The new bird has some unusual characteristics and Nerdy cheerfully invites her to join the nerdy bird flock, much to the horror of the other nerdy birds. They count down the ways the new bird does NOT qualify as a nerdy bird and refuse to allow her to join. This puts Nerdy—who really likes this new bird—in a dilemma.

The art is wonderful. I mentioned above about the cover art singing to me. It is rendered in pen and ink and with watercolor washes. The inking is wild and  a little spasmodic and looks like it was done with maybe one cup too many of coffee. But it is perfect. I have serious inking envy for this work. The washes are subtle and earthy and work very well with the inking. And Davies characters are charming without being cute. Pretty removed from cute, really. 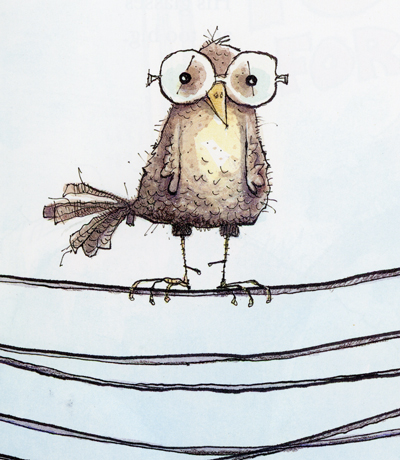 This is a book about being left out of and about being part of a group, and figuring out what is important as far as friendships go. And it does it well and in an hilarious fashion.

-kevan ‘put a bird on it” atteberry