Someone had to do it. Well, not really HAD to do it but I WANTED to do it: review A Day in the Life of Marlon Bundo. Written by Jill Twiss (with a co-writing credit to the star of the book) and illustrated by E. G. Keller, which is a pseudonym for illustrator, Gerald Kelley. 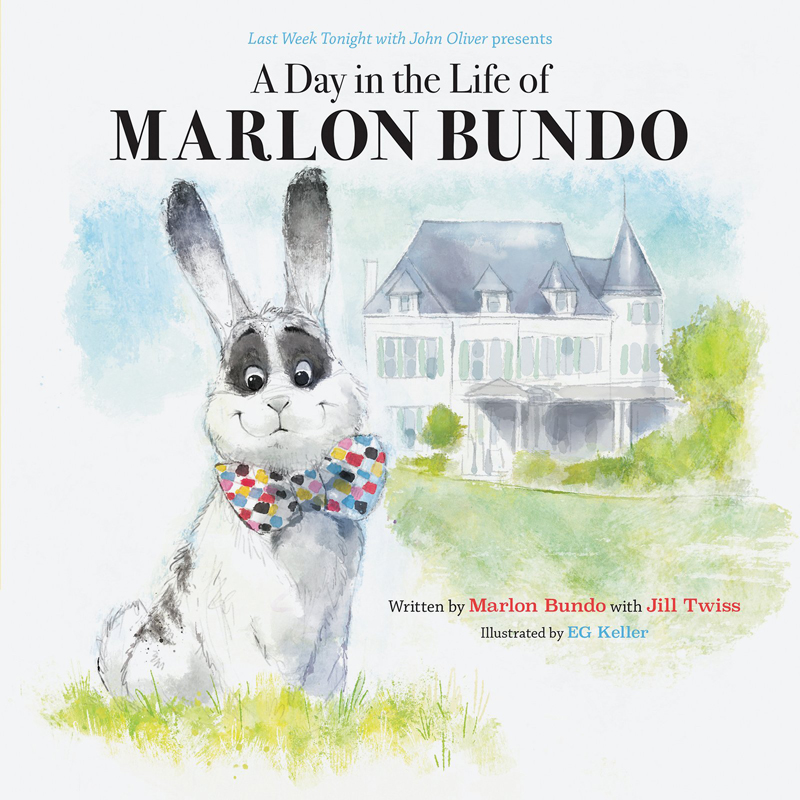 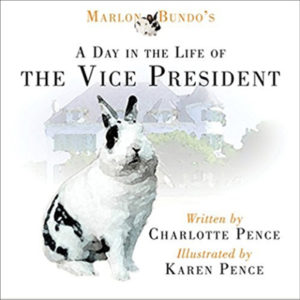 The idea for the parody book came from the minds of John Oliver and his staff (which includes Jill Twiss) at Last Week Tonight, a humorous cable news/opinion show. Because Vice president Mike Pence has many times expressed anti-LGBT sentiment and worked towards anti-LGBT legislation, making his rabbit gay probably seemed automatic. 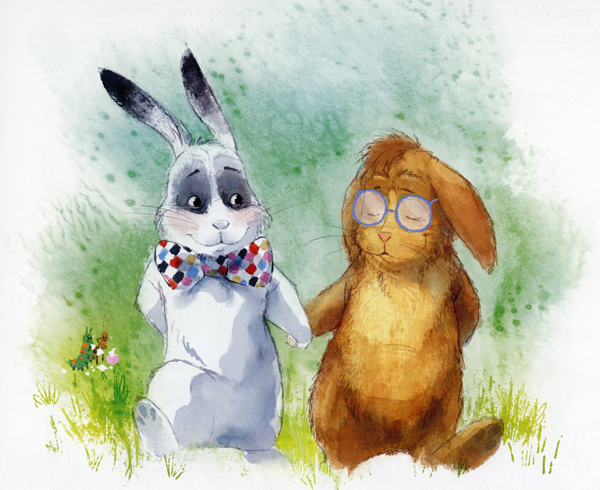 As well as having him falling in love with another boy rabbit. And wanting to get married. And having a stink bug, that looks an awful lot like the vice president, adamantly and angrily tell them they can’t. 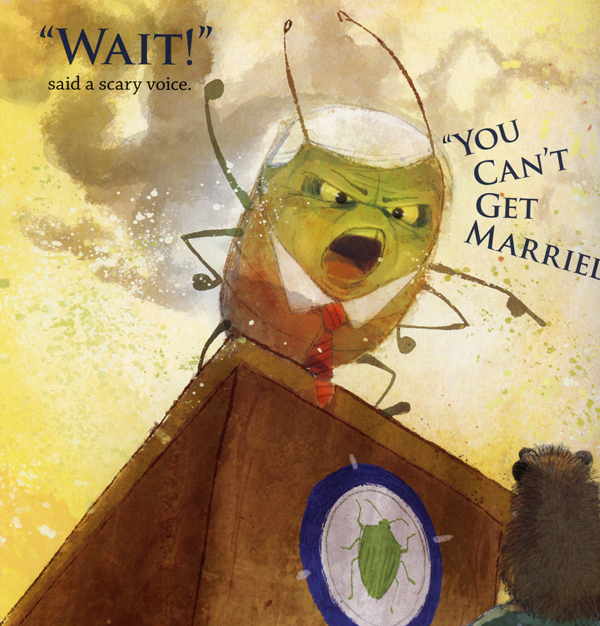 Fortunately, all the animals realized that they did not have to accept that the Stink Bug was in charge and they vote him out. 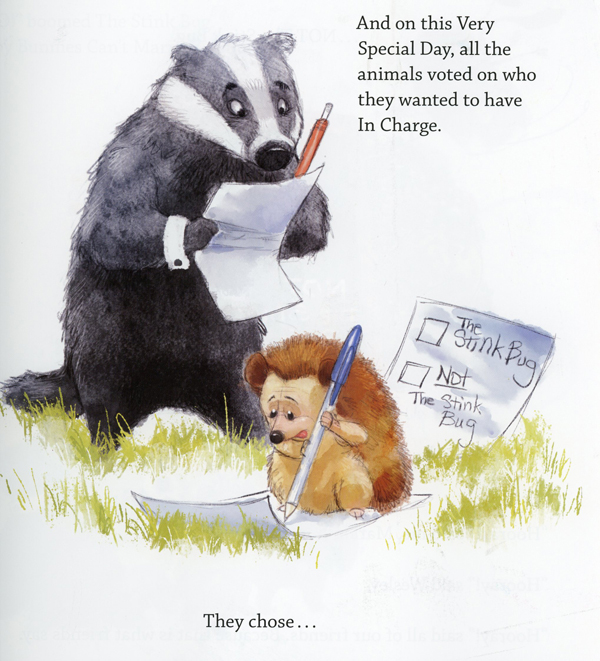 The story is not what I would consider a straight-away parody of the Pences’ book. It doesn’t really follow their book. Instead, as Oliver said, he wanted to annoy the homophobic vice president. It is pretty predictable and is told succinctly. And despite its gentle jabs at Pence, it is a book about loving. And it shines a light on inclusivity and acceptance and with no tolerance for the flip side. 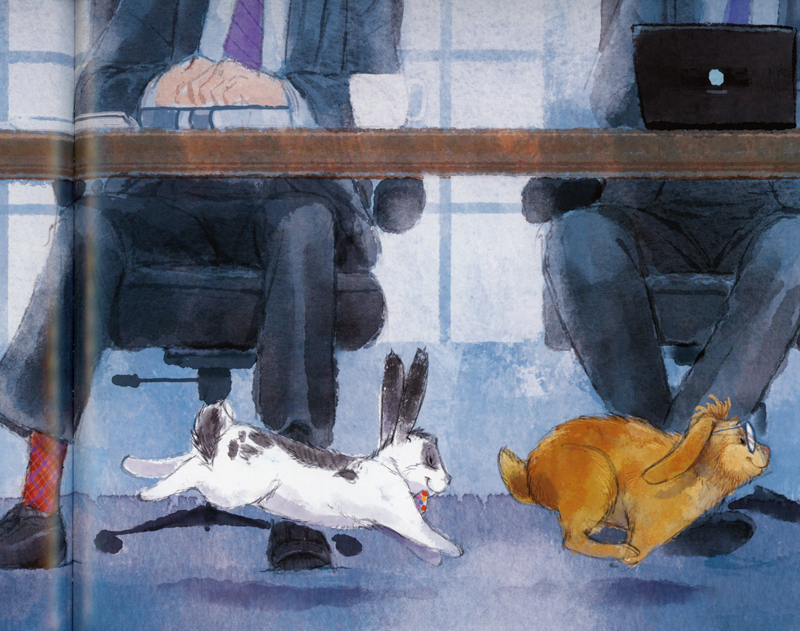 Keller’s (Kelley’s) watercolor (?) illustrations are soft at times and explosive and expressive at other times. I am charmed by all the characters—even the Pence-like Stink Bug.)

The book was announced on Last Week Tonight in March and was immediately available for order online. A full day before the Pences’ book would come out, er…launch. (No coming out in their book.) And it sold out immediately. 180,000 copies if I remember right. I know it was hard for independent bookstores to get the book in stock with the first run, but within five days Chronicle had ordered another printing of 400,000. ALL Proceeds from A Day in the Life of Marlon Bundo go to The Trevor Project and AIDS United.

I know this is a book with built in PR and hype and there is a tendency to poopoo efforts to cash in on current trends or events, but I think A Day in the Life of Marlon Bundo stands as a valuable and entertaining addition to any library. (Lord knows I’d love some built in PR and hype!)

It even got some nice blurbs… 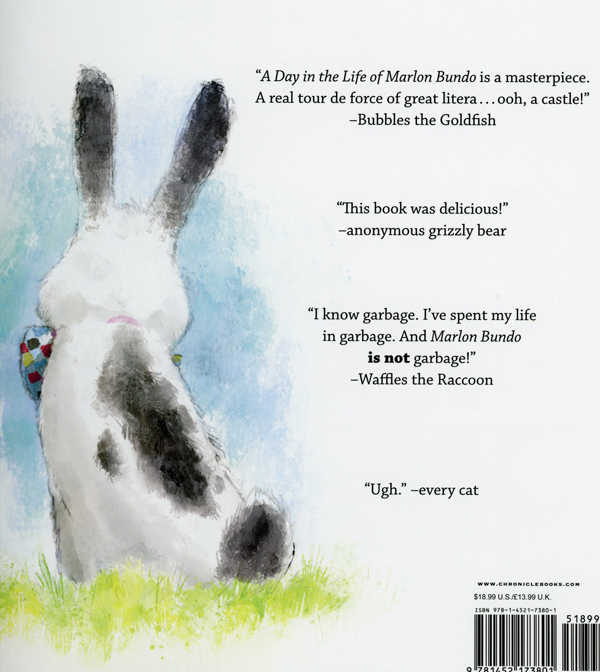