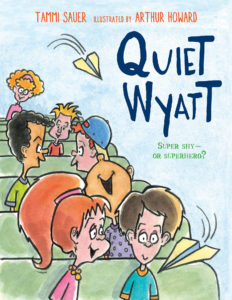 When writing a picture book, I sometimes like to focus on a main character’s defining trait. In Mostly Monsterly, Bernadette is a monster who has a sweet side. In Mary Had a Little Glam, Mary, well, she has a thing for glam. In Quiet Wyatt (Clarion, Sept. 25, 2018), my book with illustrator Arthur Howard, I wanted to key in on a kid who is known for his quietness.

Being quiet works for Wyatt. He’s a spectacular tree in the school play. He’s the model visitor at the dinosaur museum. And he’s great at ninja camp. 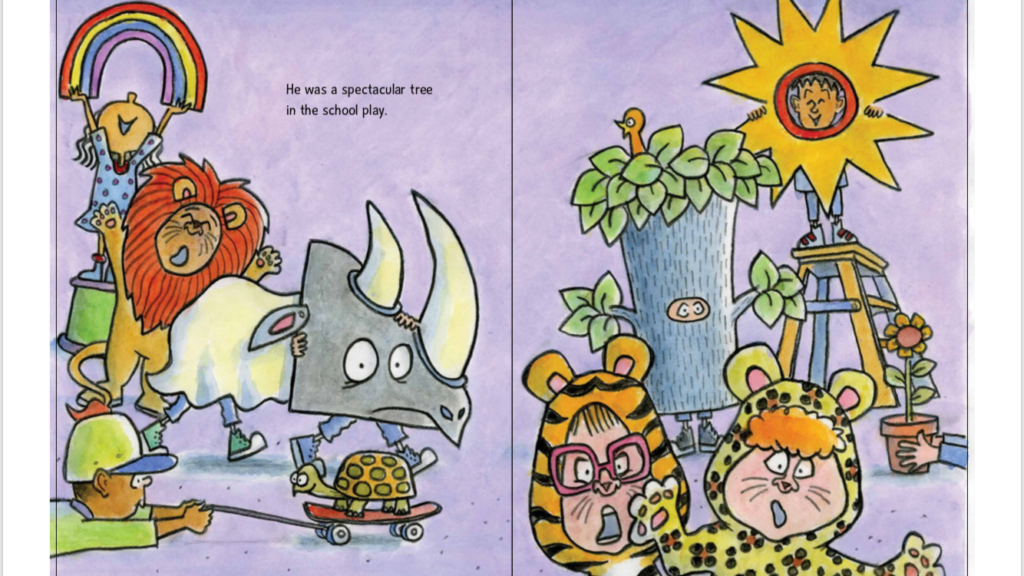 There are lots of kids like Wyatt. Kids who don’t want to be the center of attention, kids who sit back and take things in, kids who get their rejuvenation from time spent alone.

While I love Wyatt and his quiet disposition, I knew I had to push him out of his comfort zone to give this book some conflict. Poor Wyatt! Not only did I send him on a rowdy school bus for a field trip, but I partnered him with one classmate in particular. Noreen. Some might say Noreen is noisy. Some might say she’s a know-it-all. I say she’s a lot of both.

Many near catastrophes occur during the field trip. Noreen being Noreen gets this duo into all sorts of funny and precarious situations. For example: 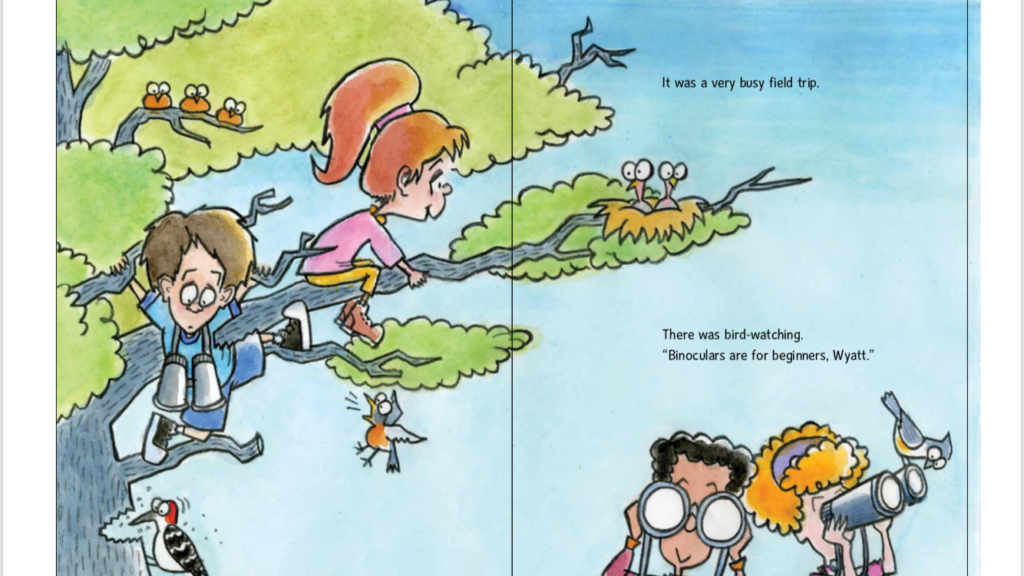 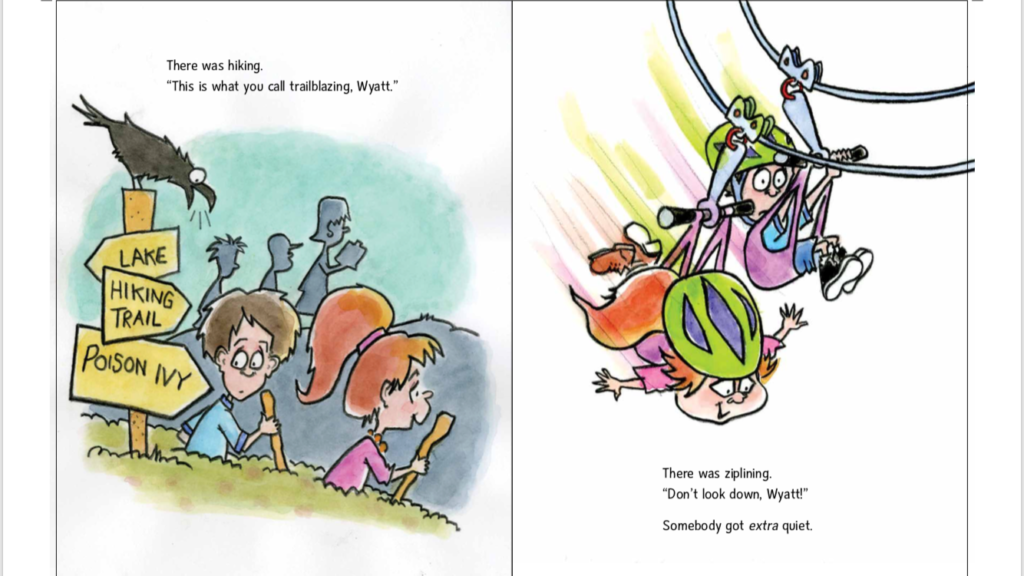 Through it all, however, Wyatt stays quiet.

Well…until one cliff-hanger moment in which he realizes he can’t.

Wyatt steps into the spotlight just in time and saves the day the best way he knows how.

By the story’s end, both Wyatt and Noreen have gained something from each other.

Noreen realizes that, from time to time, it’s good to be quiet.

And Wyatt? He still likes quiet. But… 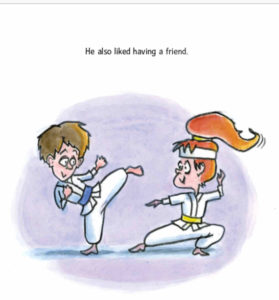 “Finding humor in the juxtaposition of extremes, this picture book makes an amusing read-aloud choice.” —Booklist

“A humorous friendship story with a little bit of an ironic twist.” —Kirkus

“A fantastic addition to library collections, either as a read-aloud or a one-on-one selection.”—School Library Journal