A few notes about names …

There’s nothing better than a good, character-driven picture book. The best ones get read, and re-read and become classics to the teachers, librarians and families that love them.

If your character is going to be a friend to generations of young readers, it makes sense to choose a name that will stand the test of time. And, obviously, you want a name that will attract the attention of an editor, because your book can’t become a classic unless it’s published, right?

So. What makes a good character name? Turns out, there are a lot of things to think about. 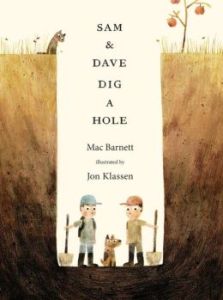 Is it current, yet timeless?

Look at SAM AND DAVE DIG A HOLE by Mac Barnett and Jon Klassen. It’s a simple story about the simple joys of digging a hole. The names of the two characters are equally simple. They work today, they would have worked 10 years ago, and they’ll likely work 10 years from now. The other benefit of names like Sam and Dave is that they are easy to read. Always read your story out loud and have a few other folks do the same. If they repeatedly stumble over your character names, you may want to rethink them. 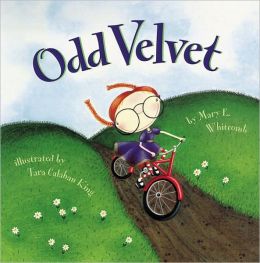 Classic, timeless names don’t work for every story, though. In ODD VELVET by Mary Whitcomb, or CHRYSANTHEMUM by Kevin Henkes, the characters need names as unusual, impressive and memorable as they are, and Whitcomb and Henkes work the reasons for their choices into the text. But note that even through Velvet and Chrysanthemum aren’t commonly used names, they are words that readers already may be familiar with. 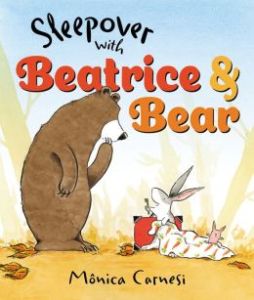 And, sometimes, you want an uncommon name just because it’s uncommon and will elevate your story. Meet SLEEPOVER WITH BEATRICE AND BEAR by Monica Carnesi. This story is a tale of two friends. The bear is just known as Bear. But the rabbit is Beatrice. That tells the reader that Beatrice will likely be the star of the story and strongly suggests that she is not your average rabbit. (The use of two “B” names also provides a fun bit of alliteration in the title.)  Carnesi’s story is adorable, but it wouldn’t have been nearly as effective if it had been called SLEEPOVER WITH BUNNY AND BEAR. 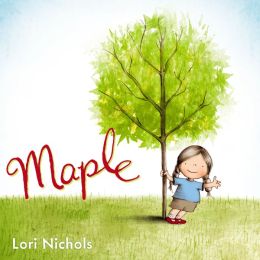 Does it tell something critical about the character’s personality or the story’s plot?

A great example of this is MAPLE by Lori Nichols. She chose the perfect name for a tree-loving girl from a tree-loving family. As Nichols says in her book: “And even though Flavia, Millie Jane, Lena, Lily, and Constance were all good names … Maple was the perfect fit.”

And then, Maple finds out she’s going to have a sister. Some subtle visual clues prepare the reader for the arrival of … Willow.

Nichols did such a lovely job with this story and her name choices, I wouldn’t be surprised if we see an uptick in the number of babies named Maple. 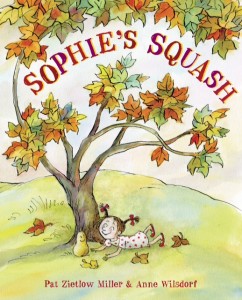 Will people relate to it?

I’m not putting my picture book, SOPHIE’S SQUASH in the classics category, but I have noticed a trend. When I do book signings, I see a lot of parents purchasing it for their own little Sophies. And, I’ve had several people purchase it because the squash’s name is Bernice and they have a mom or grandmother or great-aunt whose name is Bernice.  No one has purchased it for a little girl named Bernice yet, but it could happen. (Just today, I was in a waiting room and the receptionist called out “Edwin?” And who got up? Not an 80-year-old man, but a tiny toddler and his mom.)

Hmmm … Would those people have purchased the book even if they didn’t have a child or a relative named Sophie or Bernice? There’s no way to know.

Above all, your characters’ names should not be place fillers. Don’t coast by with generic, every-kid names like Timmy, Tommy, Susie or Cindy. (I once heard an editor at an SCBWI conference say she gets tons of slush-pile picture book submissions where the main character’s name is Timmy. She said, “I don’t know what it is about that name — it’s not used much for little kids today– but a lot of beginning picture book writers go there.”)

Where can you get more current, creative ideas? Just look at the nametags hanging over the coat hooks at a local school, daycare or business that caters to kids. You’ll see things like: Mika, Riley, Ariella, Elianna, Arthur, Asher, Callum, Catalina, Xander, Hazel, Jackson, Sabrene, Jules, Zhana, Elka, Vincent, Jonah, Cooper, Henry, Wesley, Barrett, Abraham, Ainsley and Mercedes.  (And that’s just a few of the kids from my daughter’s school.)

I’m also a big reader of nametags when I’m in a grocery store, gas station or restaurant. I’ve jotted down some lovely and interesting names that way. Just today, I saw a Zora. Another good source of names is the newspaper — both articles and obituaries. The name of a character in MY BROTHER, THE DUCK — a picture book I have coming out in a few years — came from a newspaper article I read. I no longer remember the topic of the article, but I remember the name.