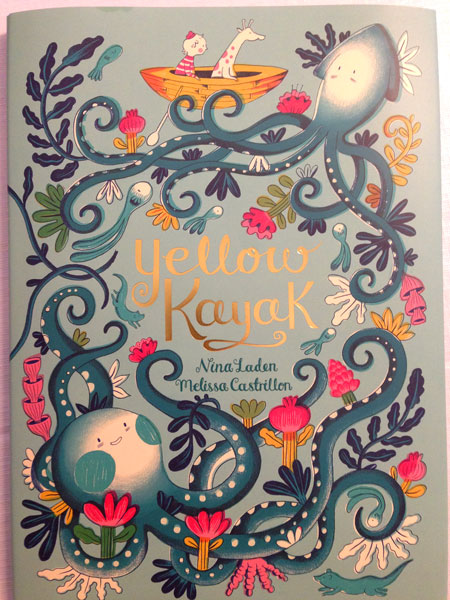 Beautifully satisfying. That would be my best two word description for Yellow Kayak, by Nina Laden and illustrated by Melissa Castrillon. This book came across my instagram feed a while ago and it quickly became the subject for my next book hunt. I’m very happy to say that this book exceeded my hopes. 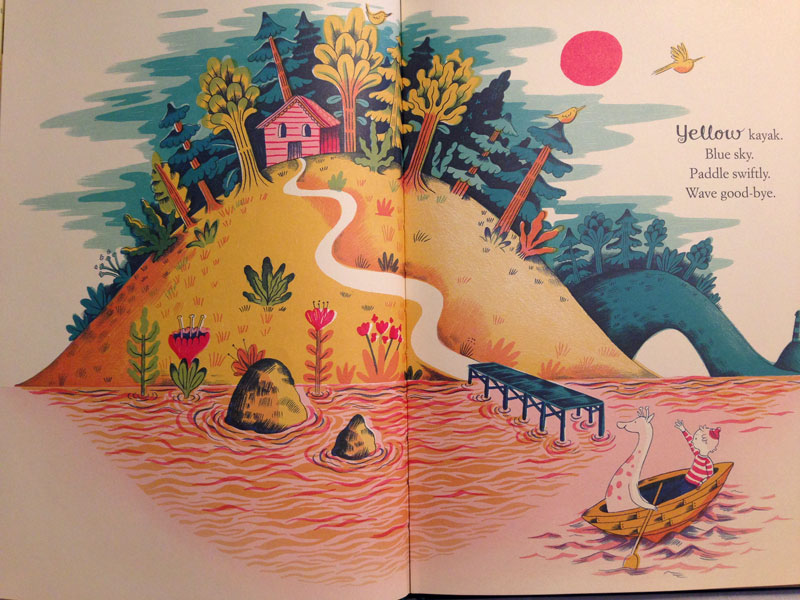 Yellow Kayak is one of those books that you finish reading with a satisfactory smile. It’s just the right balance of so many little details. 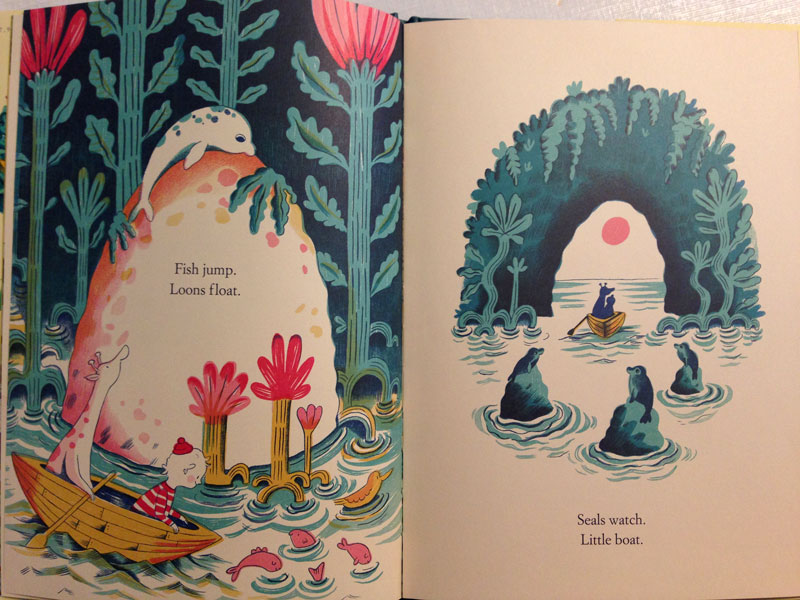 Like other books, I feel the title and cover is where it starts. Yellow Kayak. At first it seems a rather simple title. It’s only two words. It doesn’t really set anything big up for you, but it feels right. It blends and balances perfectly with the cover illustration and design, and we have a feeling that this isn’t just a story about a kayak, it’s about more. There’s a lot to see, and they even have foil stamped into the illustration, but it’s not loud. Everything feels measured. They create intrigue, and we can’t wait to explore it. 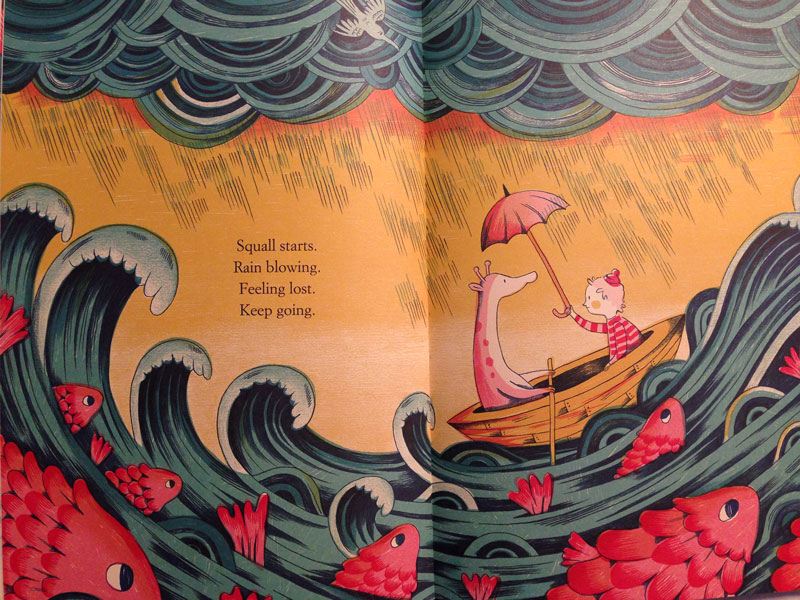 Yellow Kayak is a story is told in the form of a poem. A poem that is so beautifully written, every single word feels as though it was hand picked, and there were no other options. What an amazing lesson in the skill of saying so much, so beautifully, with so little. 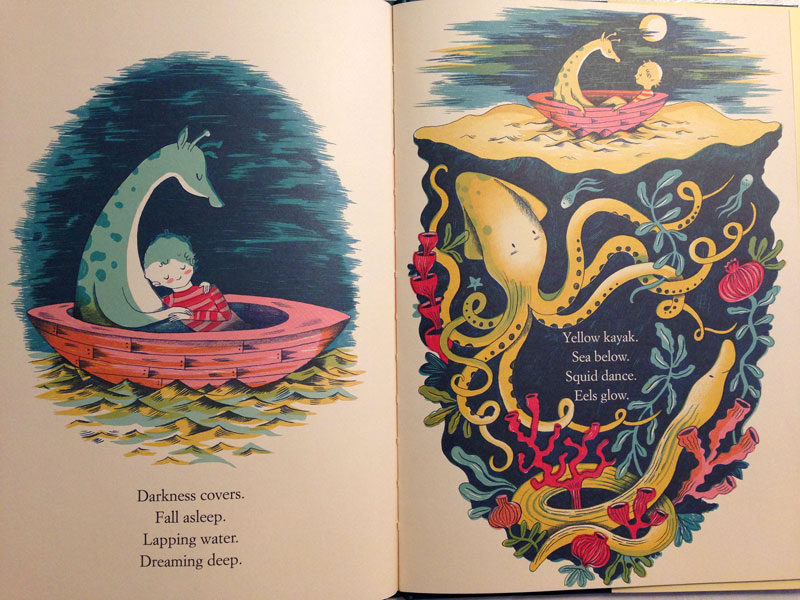 Melissa’s illustrations build into the text with such symmetry that it almost feels like they spilled out onto the page as Nina was writing them. There is so much to wonder at, so much to take in, and yet you don’t feel overwhelmed visually. I found everything strangely soothing. Each page is filled with dreamlike scenes that unfold in a such a gentle way, that nothing felt shocking, over the top, or out of place. I remember reading it and not questioning once at why there was a giraffe in the boat with the child. Everything just works. 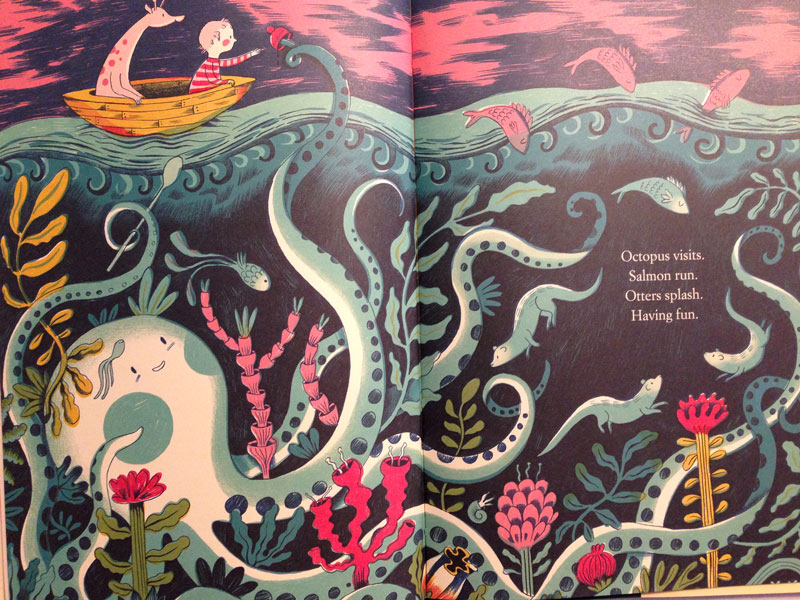 I would highly recommend Yellow Kayak to anyone. One of my challenges I’m taking from this book is that I’ll be taking a second look at my writing and illustrating and trying to honestly ask: is there anything being over-stated unnecessarily? I feel as though I’ll have this one off my shelf quite a lot as I study and seek to try to comprehend the “how” of what Nina and Melissa have created here – and to just take this journey again and again. 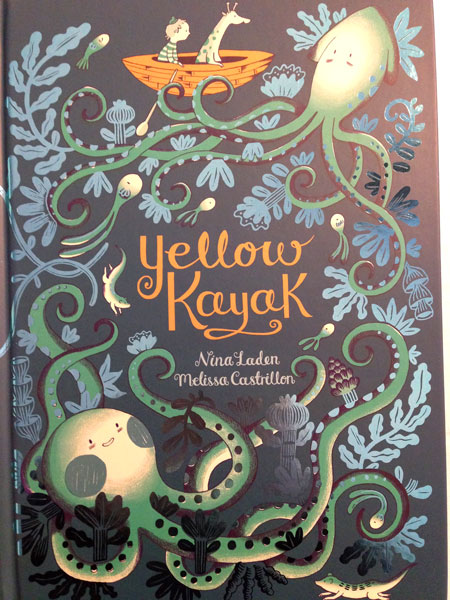