This summer, at NerdCampKansas, I met author Marcie Colleen and, as children’s book people tend to do, formed an instant bond (and wished we didn’t live half a continent from one another). While visiting, I was lucky enough to get a peek at the F&G of her latest picture book, PENGUINAUT! (Scholastic), with illustrations by Emma Yarlett. The cuteness just oozed off the pages, and I knew I wanted to talk about the book here on PBB. 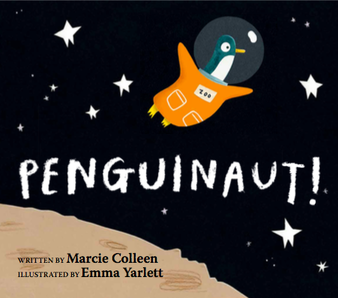 Poor little Orville. He watches as his BIG zoo friends have BIG adventures, and OF COURSE he longs to have an adventure of his own. What does he come up with? Why, flying to the moon! When he announces his BIG plan to his friends, do they ooh and ahh? Offer helpful suggestions? A little muscle power, perhaps?

Stung, Orville decides to go it alone. And, whew, it’s harder than he’d anticipated. The language throughout his “building” phase is so fun to read aloud. Oh! And his propulsion method? Shaken soda. Too funny! And don’t you LOVE Yarlett’s goofy illustrations?! They match the story’s tone so perfectly.

Naturally, he makes it to the moon…

He even shouts out to the dark universe:  “I’m doing it myself!” “…but his tiny voice was swallowed up in the starry blackness.” I love the spread that follows, his “moment of truth,” when, just as he’s feeling queasy, and even “his spacesuit grew squeezer,” a note from his friends falls from his pocket, a note offering their love and encouragement. Okay, not giving away any more of this touching friendship story. You’ll just have to see it for yourself.

Marcie was kind enough to consent to an interview.

JE:  Can you recall how you came up with the idea of a small penguin longing for a BIG adventure? 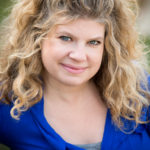 MC:  Back in December of 2011 a friend of mine posted the following on Facebook:

Now, as a writer, I can’t control where my ideas come from. And after reading this, I became so curious about penguins and their lack of necks which would prevent them from looking at the stars. I asked, “what if?” (that is what writers do, we are constantly asking “what if?”). What if a penguin saw the moon for the first time and became so enthralled that he wanted to find a way to get there?

As with all stories, this one went through lots of revisions (39 to be exact!) and lots of re-imaginings. Along the way, I have lost the “falling over and discovering the moon” bit, but the adventurous spirit of Orville lives on in the published book.

JE:  Isn’t it crazy how ideas so often just ping into your head? Did you intend the be-careful-what-you-wish-for theme from the beginning, or did that sneak into the story as you wrote?

MC:  Interesting, I don’t see it as a careful-what-you-wish-for theme. I see it more as a story of independence and persistence, but also learning that sharing the voyage with others can be twice as rewarding.

I think Orville comes to realize that his friends weren’t in competition with him or trying to hold him back, as he had originally perceived. In fact, his friends were cheering him on, in both his solo pursuits and in group activities. So, often we think everyone is in competition with us and it keeps us from enjoying the accomplishments and camaraderie that can come from cooperation.

But I also think that Orville needed to go on this journey alone, not to prove to anyone else that he could, but to boost his own confidence and prove to himself that he is capable of greatness.

JE:  Funny how people see different themes in our books that we don’t! Tell us a bit about your other published books.

MC:  I am also the author of the Super Happy Party Bears chapter book series about the Super Happy Party Bears who love to sing and dance and party all the time and only eat doughnuts. But they live in the Grumpy Woods where no one wants them to do any of those things. There are currently eight books in the series and they are chockfull of color illustrations and wacky humor. 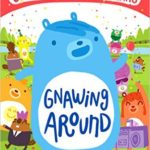 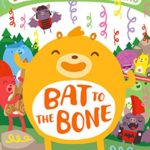 I am also the author of Love, Triangle, a picture book illustrated by Bob Shea, about Circle and Square who are best friends until an awesome Triangle shows up. Then they both decide they might rather be best friends with him. Love, Triangle was named a Banks Street Education Best Children’s Book of 2018 in the Humor category! 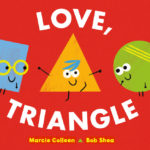 JE:  How do you shift gears when moving between chapter book projects and picture book projects? Is that even necessary, or does it just flow naturally? Is there some mindset you need to find, etc?

When I was writing the Super Happy Party Bears, I would often read some of the previous books before diving back into the world. It would be a way to re-acclimate to the Grumpy Woods. But, with all my writing projects, I refer to a stack of mentor texts, as well as mentor cartoons!! These books and cartoons contain a similar voice or encapsulate a feel of the story I am currently working on, so I’ll curl up for about a half hour before delving into any project and read, or watch, one of these books or cartoons. It’s an instant “in” for me.

JE:  Sounds like the perfect combination to get back into the right head space. I love the idea of “mentor cartoons!” My afternoon has now been planned. What’s next for you, book-wise?

MC:  My next picture book comes out in Winter 2020 from Macmillan. It’s called The Bear’s Garden and it will be illustrated by Alison Oliver (Moon, BabyLit series). It’s about an intrepid girl, her beloved stuffed bear, and the garden they create in a forgotten corner of their neighborhood. It is inspired by a real community garden in Brooklyn, New York and it’s so wonderful to see my former neighborhood come to life through Alison’s gorgeous art. It truly will be a love letter to the place both Alison and I have called home.

In previous chapters Marcie Colleen has been a teacher, an actress, and a nanny, but now she spends her days writing children’s books! She is the author of THE SUPER HAPPY PARTY BEARS chapter book series with Macmillan/Imprint, as well picture books, LOVE, TRIANGLE, illustrated by Bob Shea (Balzer+Bray/HarperCollins), and PENGUINAUT!, illustrated by Emma Yarlett (Scholastic). She lives with her husband and their mischievous sock monkey in San Diego, California. Visit Marcie at www.thisismarciecolleen.com or follow her on Twitter @MarcieColleen1.

JE:  Thanks so much, Marcie! Hope to run into you again soon!

The WINNER of Beth Anderson’s AN INCONVENIENT ALPHABET was Danielle Dufayet.