I sometimes fantasize about living in an old farmhouse with lots of dogs, chickens and other animals—like, say, llamas. But recently when I searched my library for books about raising llamas, I came up empty.

What did turn up was a slew of Llama Llama books by Anna Dewdney. 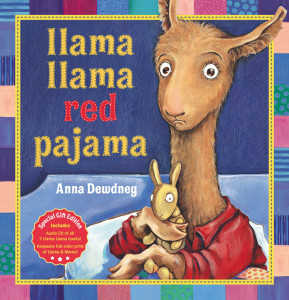 Okay, folks, where have I been?

Although I’d heard of Llama Llama Red Pajama, I’d never actually read it. And I had no idea this book was merely the front end of a publishing juggernaut that includes a string of picture books, board books, apps, audiobooks, and at least one plush toy.

Now I was curious. What is it that made these books so successful—well-reviewed, best-selling, and immensely popular (nearly all were checked out at my library, with multiple holds)?

After reading four of them (admittedly, a small sampling—there are many, and more to come), I have a few ideas. Here goes:

Believable—and endearing—characters. Little Llama is not a perfect child; he gets impatient, has tantrums, and doesn’t always want to share. Mama gets tired and cranky sometimes, too. They may be llamas, but their emotions feel very human and relatable. 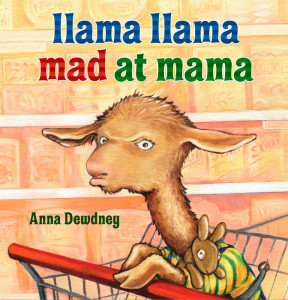 Funny. Llama’s whining at the grocery store turns into a full-blown chuck-everything-from-the-cart tantrum. While a few kids (or parents) might be a tad mortified by his actions, most will find the slapstick action hilarious (my son at age three certainly would have):

CRASH the cart and SMASH the signs.
No more waiting! NO more lines!
Out go socks and Cheezee Puffs . . .

Fun to read aloud. The texts are brief—the two I typed were 250 and 350 words—and the verses short, simple and rhythmic, with lots of catchy phrases and repetition. (Warning: you may find phrases repeating themselves in your brain hours later.) Here’s a snippet from Llama Llama Red Pajama:

I’m not sure how I missed these books, but it probably had to do with timing—my son had mostly moved on to chapter books when the first was published in 2005. Which brings me to perhaps the strongest testament to the appeal of these books: They stirred up so many memories of the sweet and funny—but not always easy—early childhood era that when I looked (way up) at my 17-year-old son the other day, I saw my own adorable little Llama. 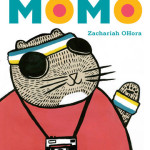 And, now, to follow up on my last post, the winner of an autographed copy of Zachariah OHora’s new book,

Thanks, everyone, for all the great comments. We love hearing from you.