Skip to content
Home Uncategorized A before B, before C, etc.

Alphabet books are staples in this industry that I often miss. I don’t necessarily gravitate towards them because, whatever their concept, I’m usually certain I’ve seen it before. And few are compelling enough for multiple reads. Some are agonizing in their yawn-inducing lessons about letters. Maybe it is because they are rarely woven into a storyline or have an arc but are just a banal assembly of words that start with a particular letter. Maybe because they can be too tutorial-like. Or maybe it is just me.

There are plenty of good or great alphabet books, too. Janee Trasler’s CAVEMAN, A B.C. BOOK is a very clever prehistoric take on the alphabet. Even the title is smile inducing. And, it has a story line!

Samantha R. Vamos’ ALPHABET TRUCKS, illustrated by Ryan O’Rourke is full of fun rhymes about kinds of trucks that start with every letter in the alphabet. ALPHABET TRAIN (which I haven’t seen yet) is the followup book.

And, of course, there is the classic  Dr. SEUSS’ ABC. A romp through the alphabet as you would expect from the master. 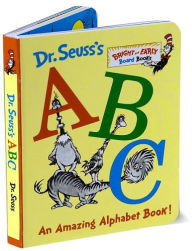 My absolute favorite, and to the head-shaking of others, is THE GASHLEYCRUMB TINIES by Edward Gorey. Whether it is a ‘children’s’ picture book or not may be debateable. It is a macabre telling of the alphabet using the strange and dark demise of a child for each letter. Out of context it is really a horrible idea. But the text and the art, despite the disturbing concept, are compelling. Maybe regretfully so, but compelling. 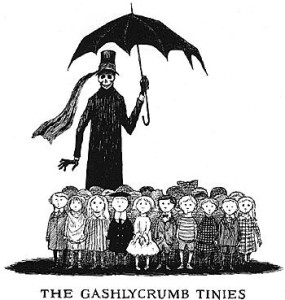 I recently found two new alphabet books that I loved enough to buy. The first, ONCE UPON AN ALPHABET, by Oliver Jeffers is a wonderful collection of very short stories for each letter. 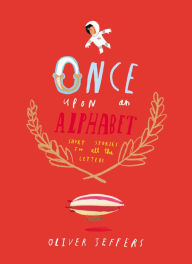 Forgive my hapless photography of spreads from the open books…. 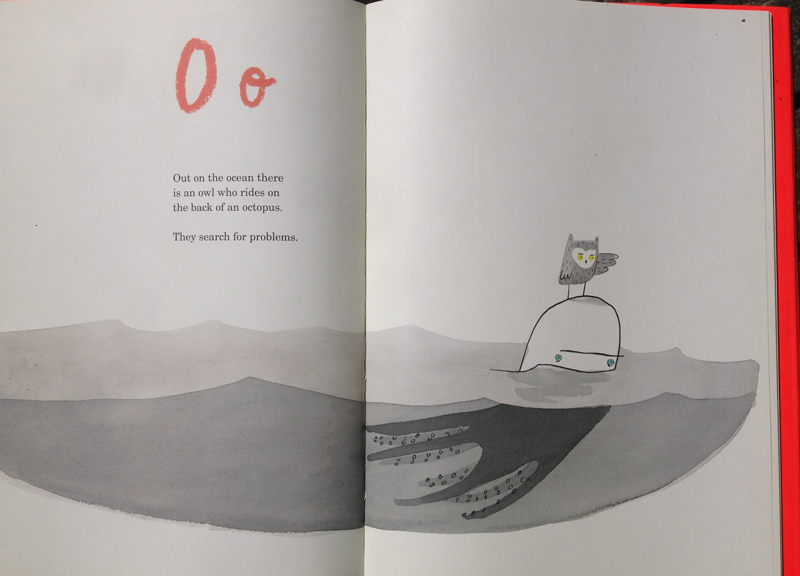 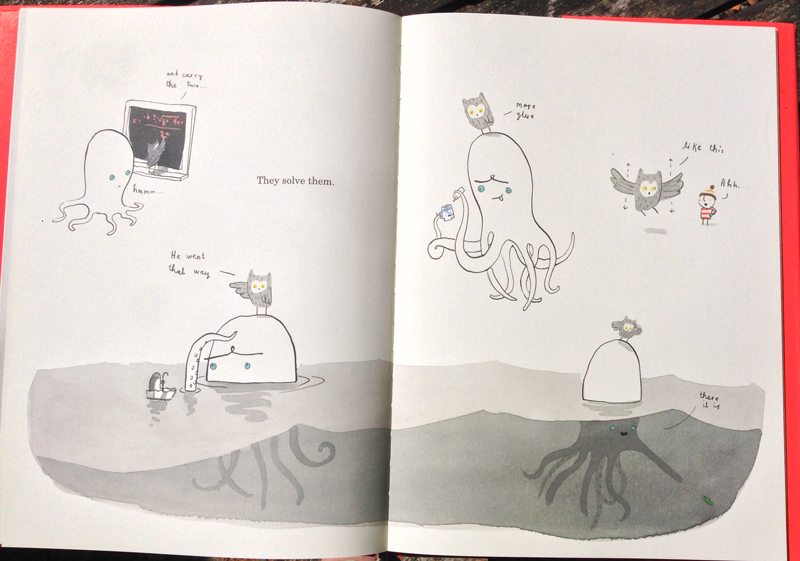 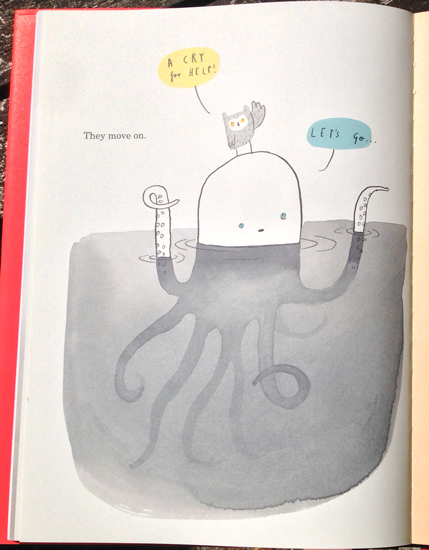 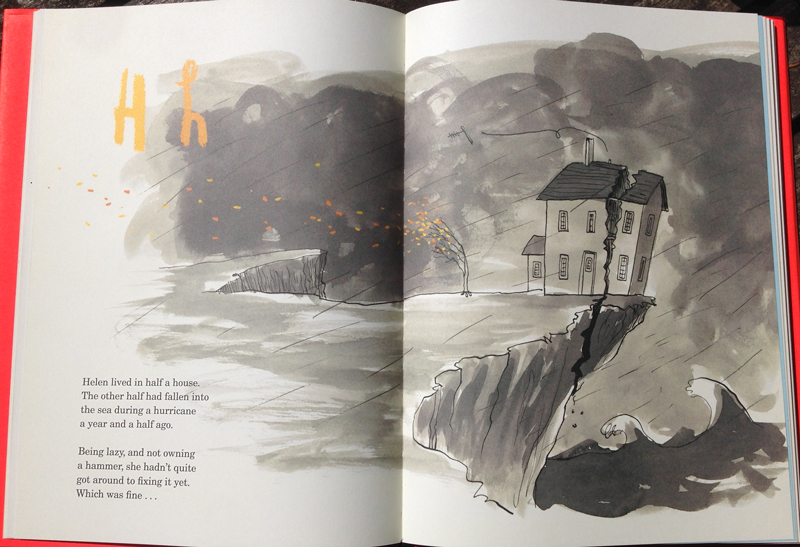 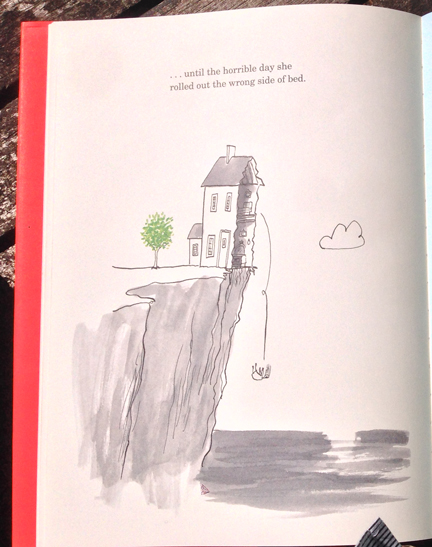 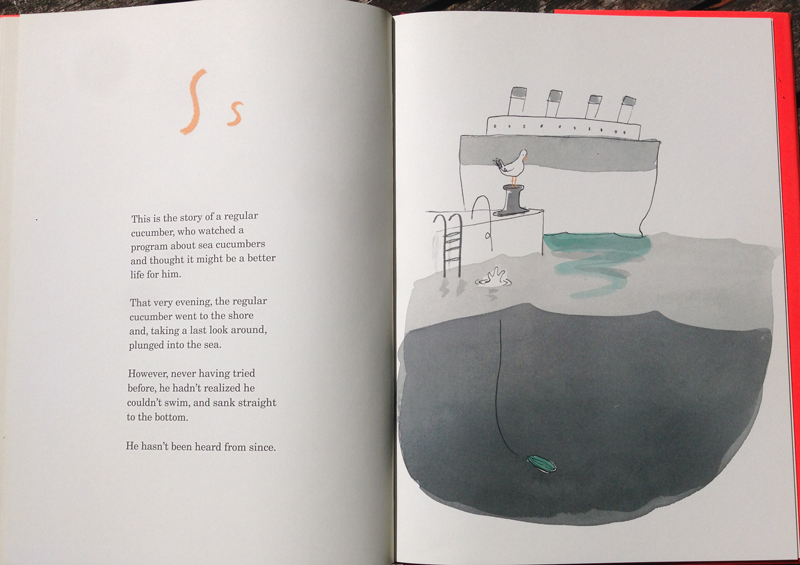 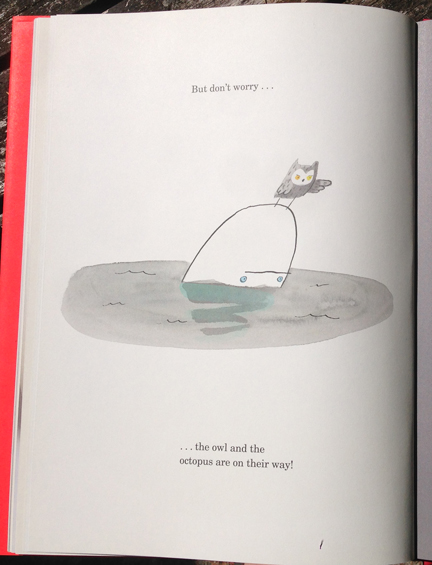 I loved everything about this book. The short, (sometimes) sweet, funny stories, the limited palette of the always charming Oliver Jeffers illustrations. I even loved the oversize of the book.

The other book I recently found is TAKE AWAY THE A by Michaël Escoffier, illustrated by Kris Di Giacomo. The twist in this alphabet book is the exercise of removing a letter from a word and ending up with a new word. i.e. “Without a U my aunt is an ant.” All cleverly illustrated with engaging characters in muted tones. Using letters from the word other than the letter it starts with would seem to add to the understanding of letters. 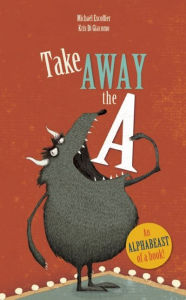 Again, forgive my amateurish photos from the book. 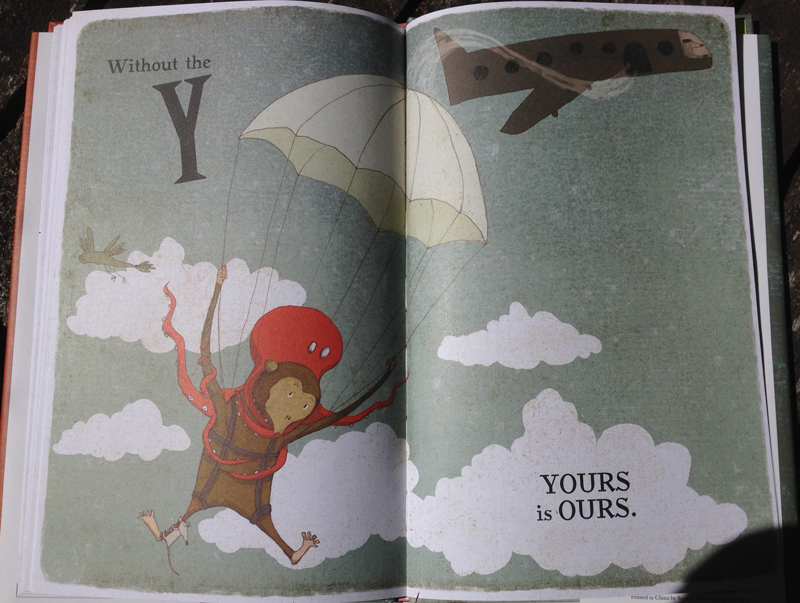 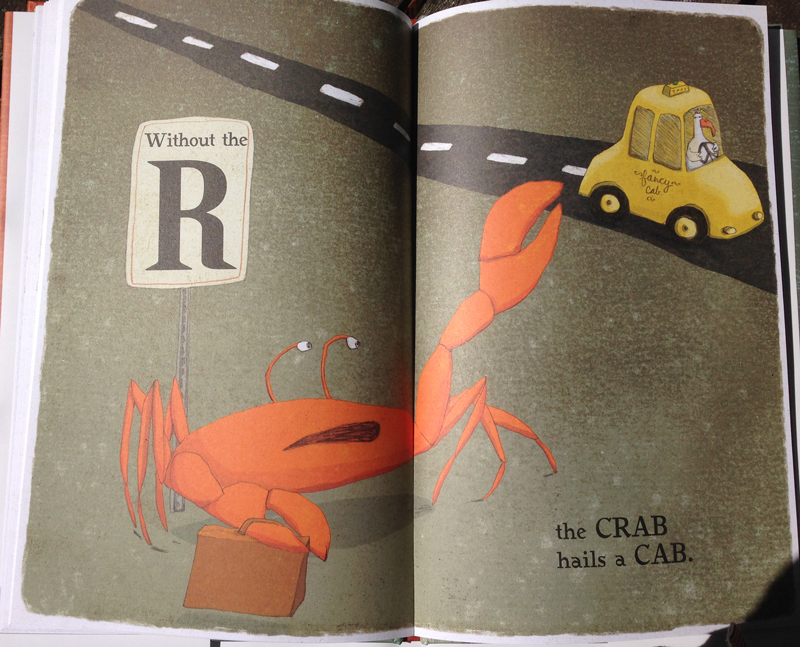 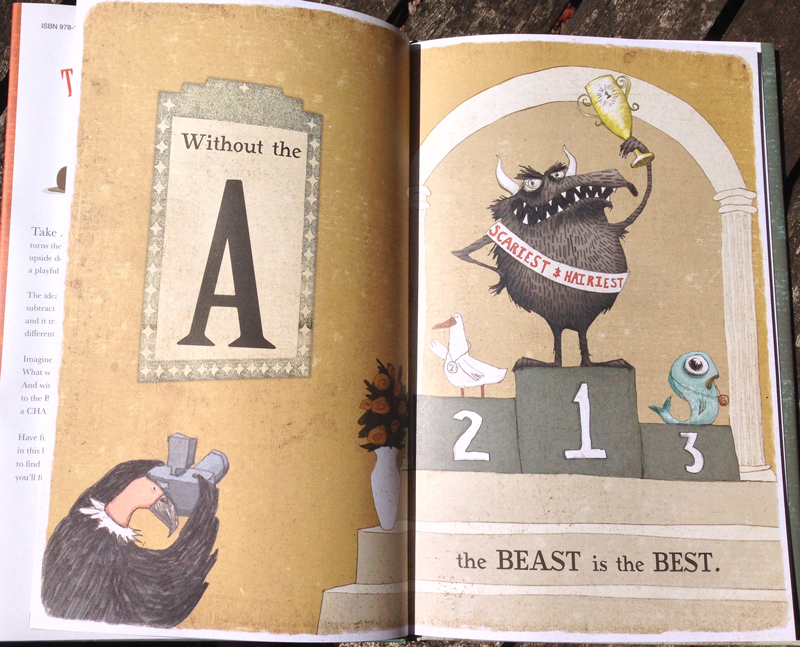 One of the first trade picture books I illustrated was an alphabet book (out of print.) It was challenging but I had a ball doing it.  It will probably always be challenge to come up with something new for an alphabet book but these two have stepped up the game!