(This is the post I was supposed to put up early last month. Kind of a new year’s post. I think early February still counts…)

Last year was a tough year. It was full of fear and stress and disappointment and sadness. The passing of what seemed like an extraordinary number of people in the arts, watching an incredibly vitriolic campaign, and the anxiety from the results of the election messed up my mojo. For most of last year I felt distracted, angry, and in a creative void. I had the illustrations of one book that I worked on sporadically most of the year, handing the final art edits off Thanksgiving morning. But other than that I didn’t write much or draw much at all. I typically sketch a little everyday and write snippets of rhyme or ideas, usually filling a couple of sketchbooks a year. I didn’t even fill one in 2016. I also lost my wife on November 20 after a 9-plus year struggle with young onset Alzheimer’s disease. I know this played a role in my lack of productivity, and I understand how I need time to get back on track. But I want it now. I need it now. I haven’t drawn anything of consequence in nine or ten months. I haven’t written much at all. But I recently created this little piece… 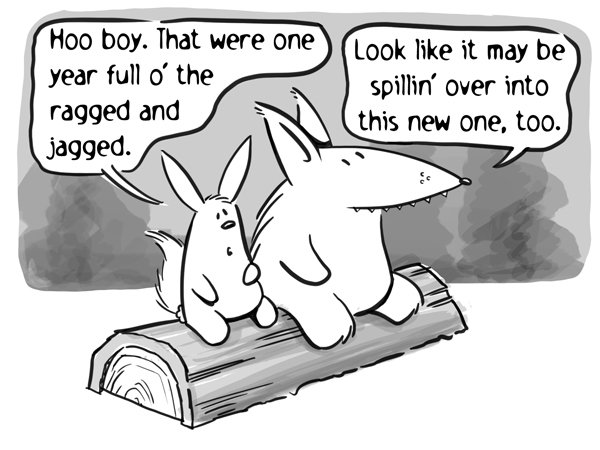 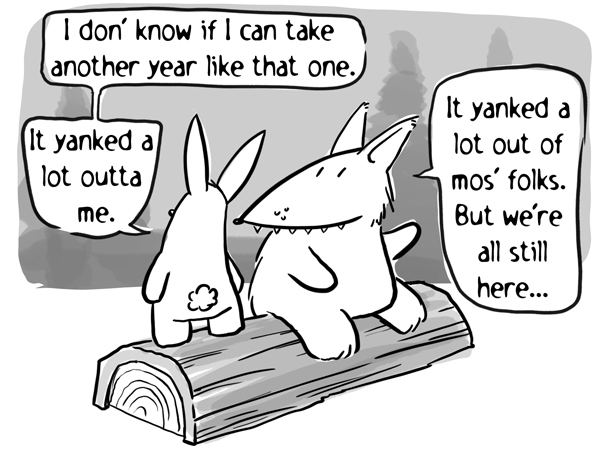 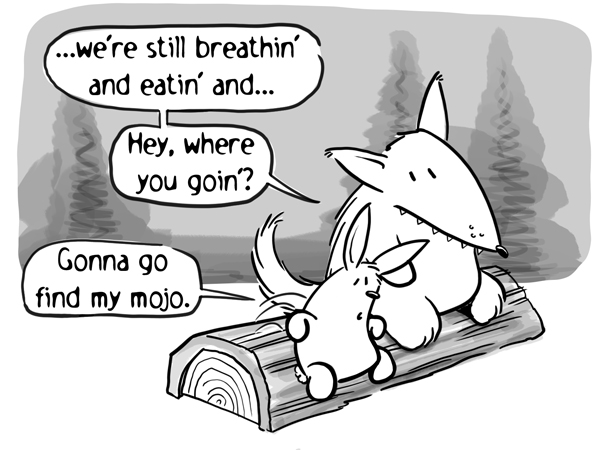 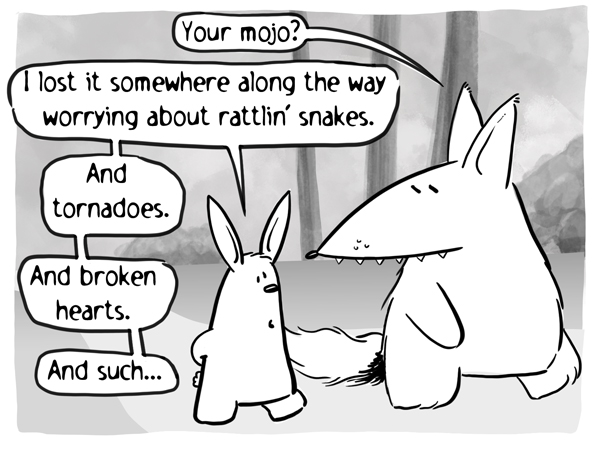 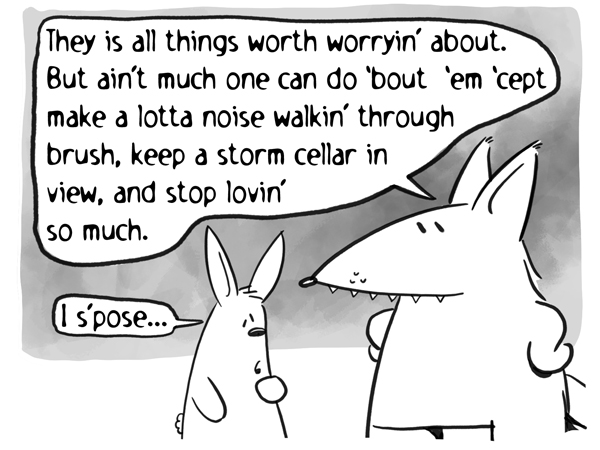 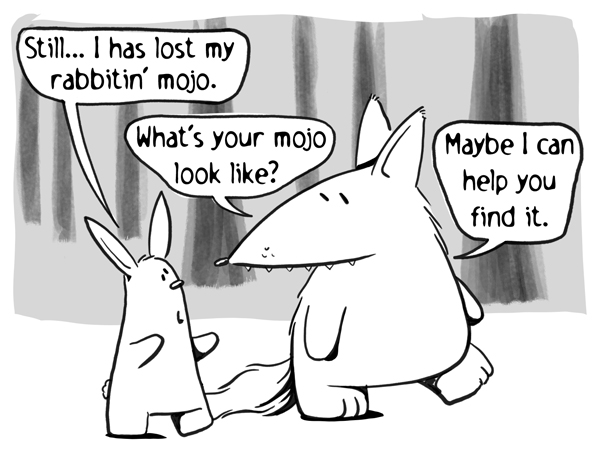 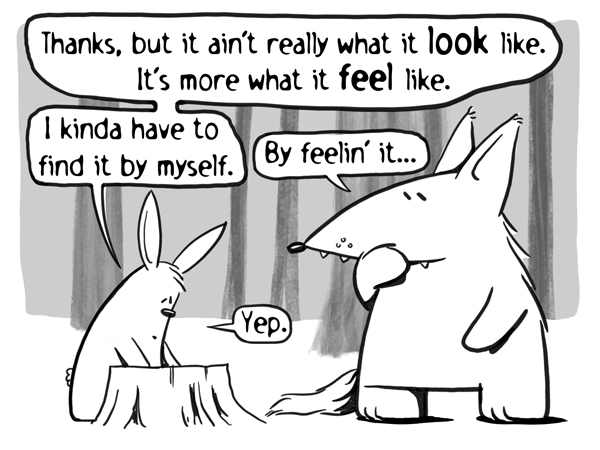 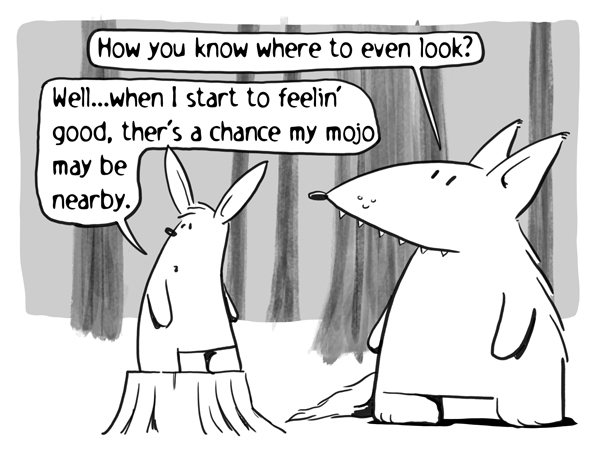 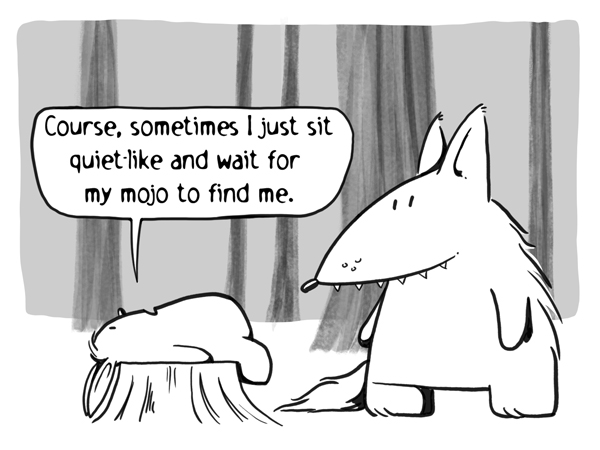 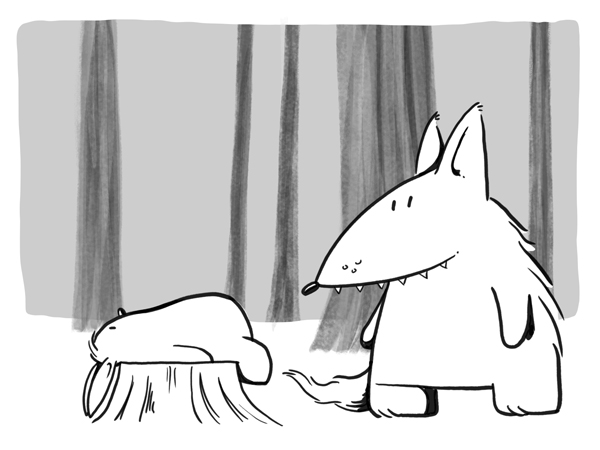 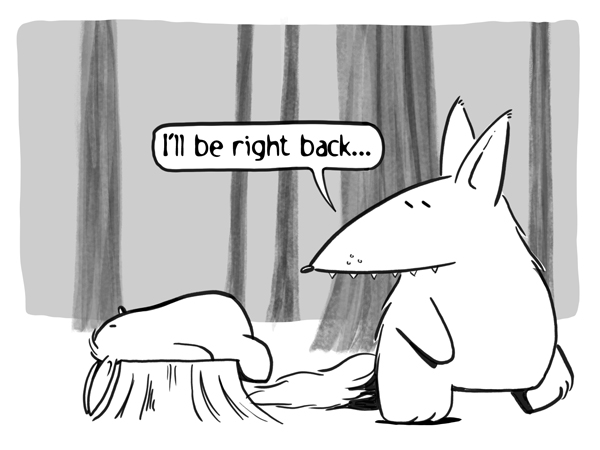 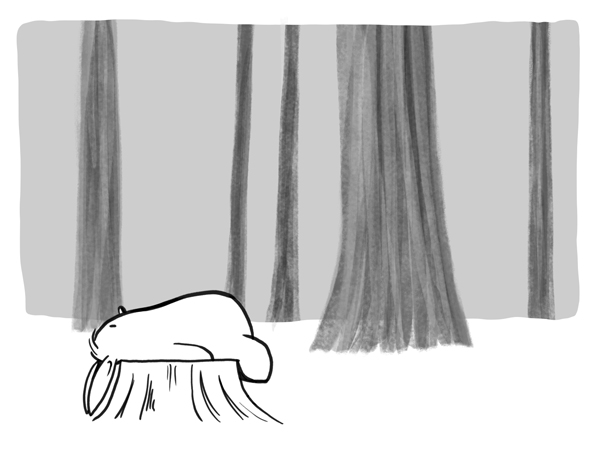 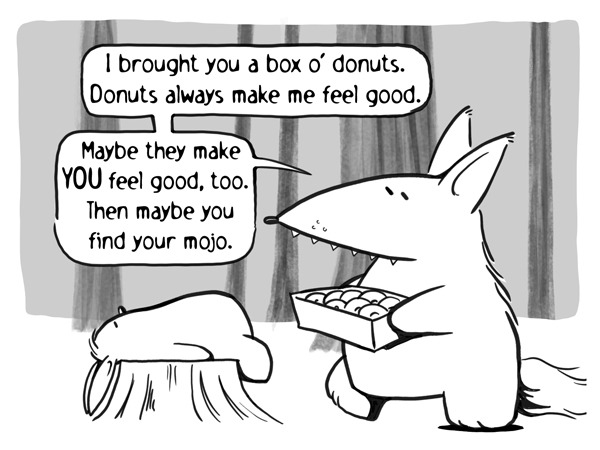 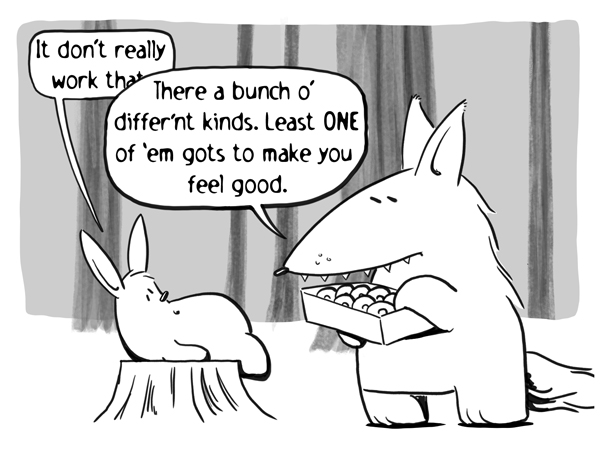 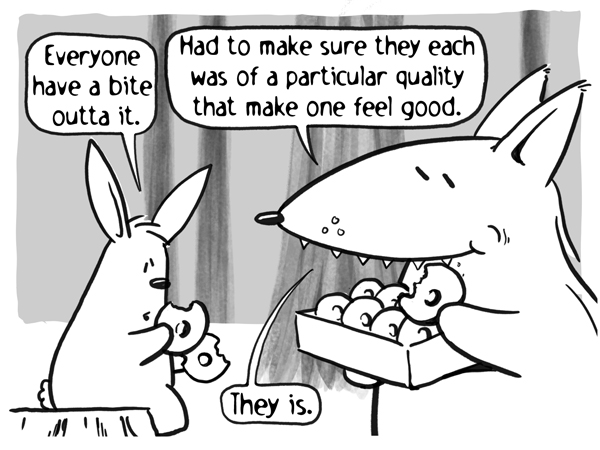 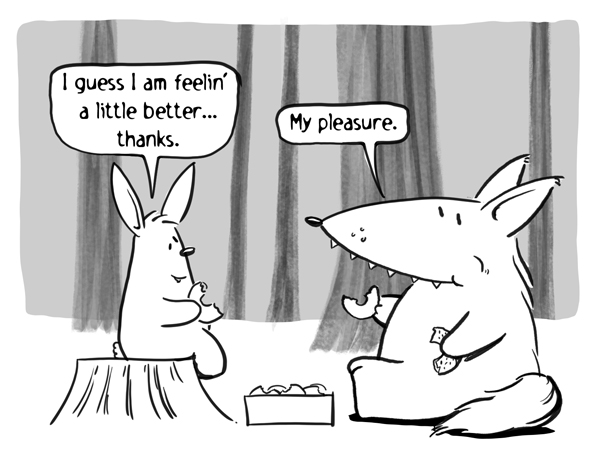 Sometimes it’s easy to understand why you are blocked, or why you’ve lost your mojo. Last year was one of those times. There were very obvious reasons I was in that creative void. Knowing the cause doesn’t always provide solutions. I could have turned off the TV. I could have stopped reading about politics. I could have celebrated my heroes that left this world. I don’t know that that would have helped me break the block. And yes, I still had the steep decline of my wife’s health in the mix, but I had been watching that, grieving that for years and was still able to be productive. I’d adapted to that. Maybe it was the combination of all these things. I don’t know. But I’ve been blocked for the longest time. I’m ready to start creating again. 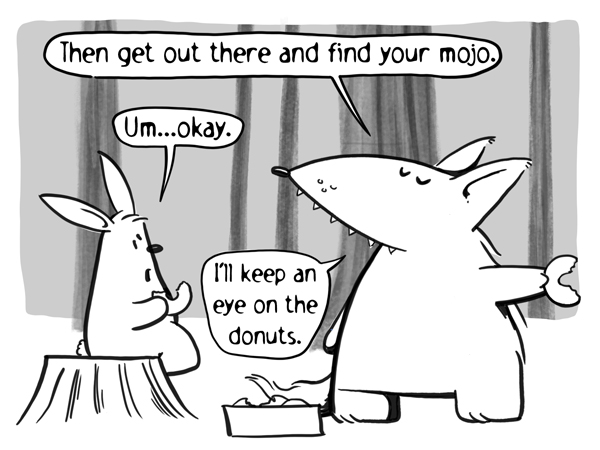