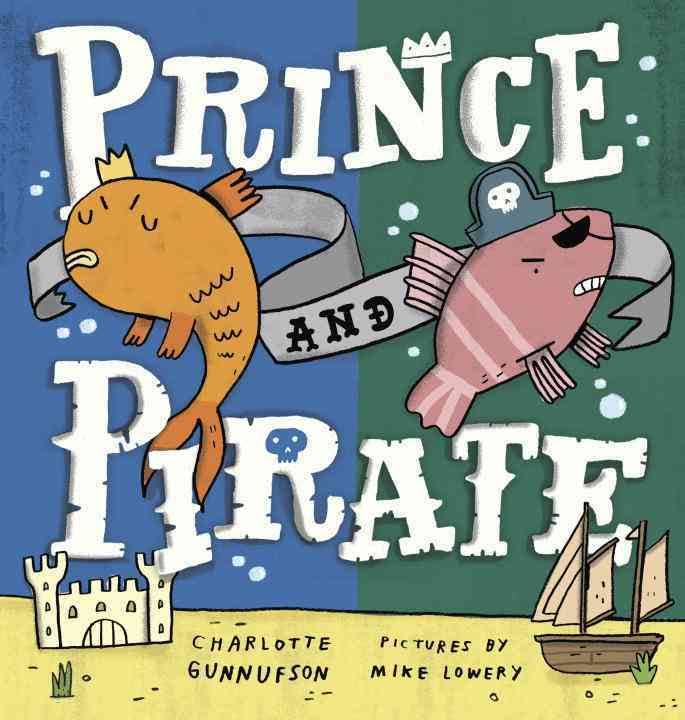 In Prince and Pirate, by Charlotte Gunnufson, illustrated by Mike Lowery, two completely different fish, one a prince, the other a pirate (thus the name of the book,) living in their own private domains (fishbowls) are scooped up by some greater force from above (with a net) and plopped into a new larger world (fish tank). Which is great—a new bigger world ALL to themselves! What is not to love? Until, of course, they realize that they are not alone. Each fish figures the other is an interloper in their realm. 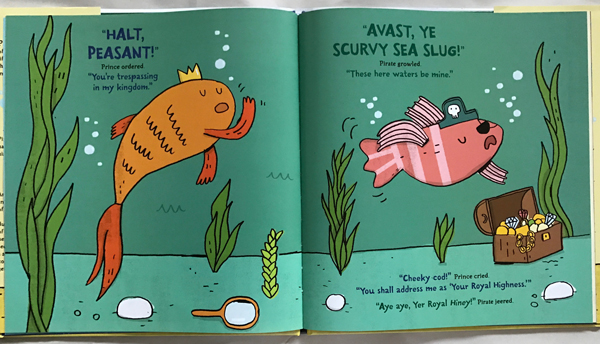 The clever and delightful banter between the two escalates… 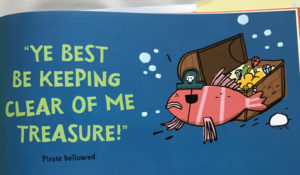 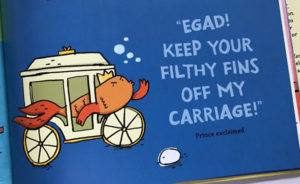 …till they delineate the fish tank into two parts by laying down a line of white pebbles. And not without a little bit of shoving and jostling and nudging. 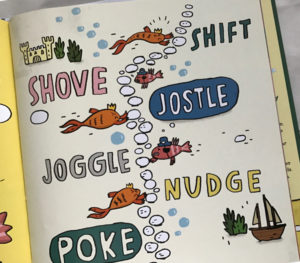 And they grudgingly exist that way till “Plip!” — a lost little dogfish is dropped into the tank. 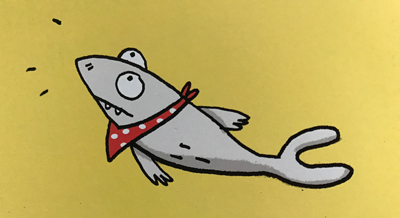 Prince and Pirate both try to engage the scared and shy little dogfish who hides in his dog house (which has also mysteriously dropped into the tank.)  They do this by showing it how much fun they both are having.

Eventually, their efforts to engage the “fine lil’ scalleywagger” brings detente to the feuding and provincialism. And in the way that only a dog(fish) can.

The characters are sweet and engaging even as they lash out at each other. I couldn’t read the dialogue without taking on an over-the-top affectation for each fish. Lowery’s art is simple black line and color fills. It is all that is needed to make the characters come alive. The wave of emotion from anger to joy is expressed effectively throughout the book. And the scant landscapes (tankscapes?) and large saturated backgrounds make their world just about perfect. 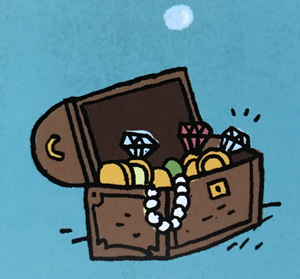 This is book is a treasure, a fun read-aloud story about unfounded distrust and friendship. And a great opportunity to practice your Pirate voice. Or Prince voice.

(Full disclosure here, I illustrated Charlotte’s first book, Halloween Hustle, in 2013. And I recently got to meet her in person. As delightful as her writing!) 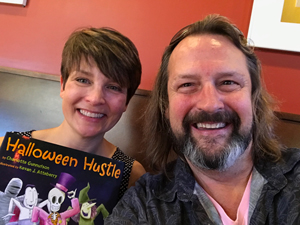